This music genre is integral to the Portuguese experience; these are our picks for where to hear it.

With its wandering streets, intricate tile work and unforgettable colors, Lisbon by day is one of Europe’s most charming cities. But after dark, the city takes on an entirely new mood—one of mystery and romance, and no tradition better encapsulates the passions running through these city streets better than fado, a music genre so integral to the Portuguese experience that UNESCO recognizes it as part of the Intangible Cultural Heritage of Humanity. It’s electric, it’s raw, it’s emotional, and it’s often one of travelers’ most treasured memories of Lisbon. Whether you’re in the mood for a full-on fado restaurant (where you get a traditional meal served alongside a three-hour-or-longer fado performance), or you’re just in the mood for a glass of albariño at the local watering hole where you can hear up-and-coming fadistas give an impromptu performance, here are some of Lisbon’s most treasured fado hot spots. 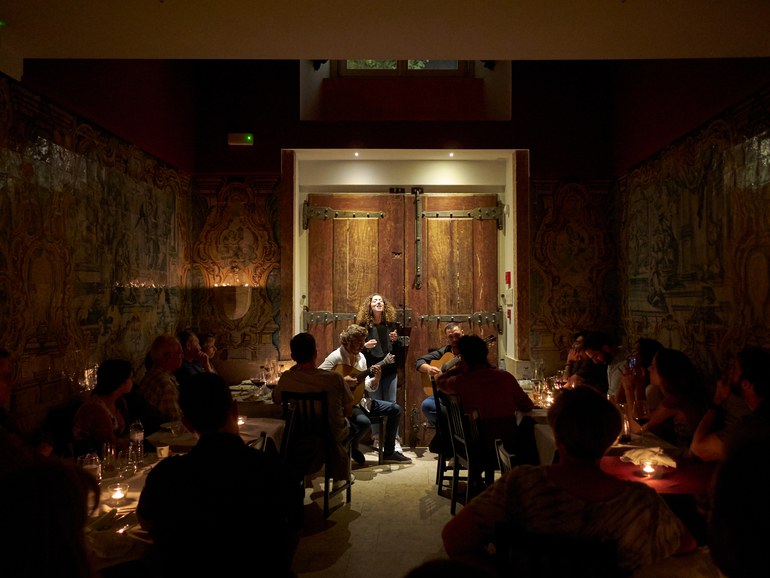 Step back in time with a visit to Mesa de Frades, built in a former chapel in Alfama, with the original tiles and murals still on the walls. The musical lineup toes the line between emerging fadistas and established stars, and the intimate setup offers an otherworldly ambience; performers will walk between tables during their sets, giving you a front-row look at the action, no matter where you’re sitting. The experience is nonpareil.

With ceilings draped with flags and walls lined with portraits—all reminders of the local and national legends who have walked through these doors—Tasca Do Chico oozes nostalgia. This is an intimate bar setting in Bairro Alto, where you’re likely to be rubbing elbows—and backs, and feet—with your neighbor. Just go with it; after all, the closeness is all part of the fun. Come here on Mondays and Wednesdays for Fado Vadio nights, when locals and amateurs take the stage. 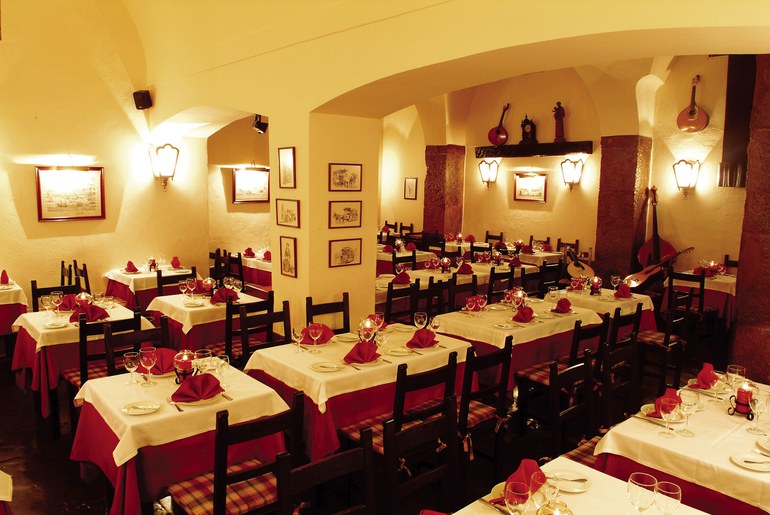 Since 1995, this candlelit space in the heart of Alfama has enchanted locals and tourists alike. Located just steps from the iconic Lisbon Cathedral, Clube de Fado boasts Moorish influences on every inch, from its arched ceilings to its thick stone walls. The roster is a revolving door of the city’s best singers, including Maria Armanda, Machado Shares, and Maria Ana Bobone; additionally, house guitarist Mario Pacheco is a living icon of the genre. It’s on the pricier end of the spectrum, for sure, but the caliber justifies the splurge, as does the food—don’t leave without trying the signature bacalhau. 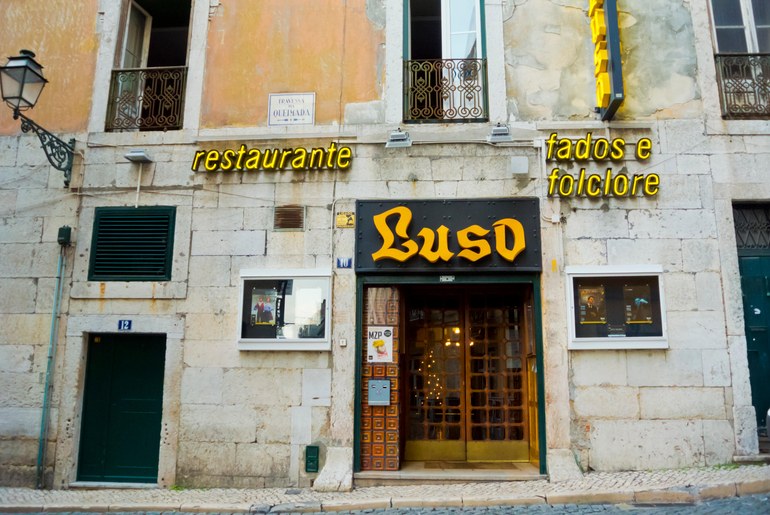 Located in a historic horse stable in Bairro Alto that predates the earthquake of 1755, Café Luso pretty much has history oozing from every inch. There’s a beautiful patina on every wall, column, and brick, lending the space a glowing, magical atmosphere and setting the stage for the fabulous music to come. Fado sessions run from 8 p.m. until 2 a.m. nightly, with intermissions so guests can converse, order a glass of wine, and move throughout the space. 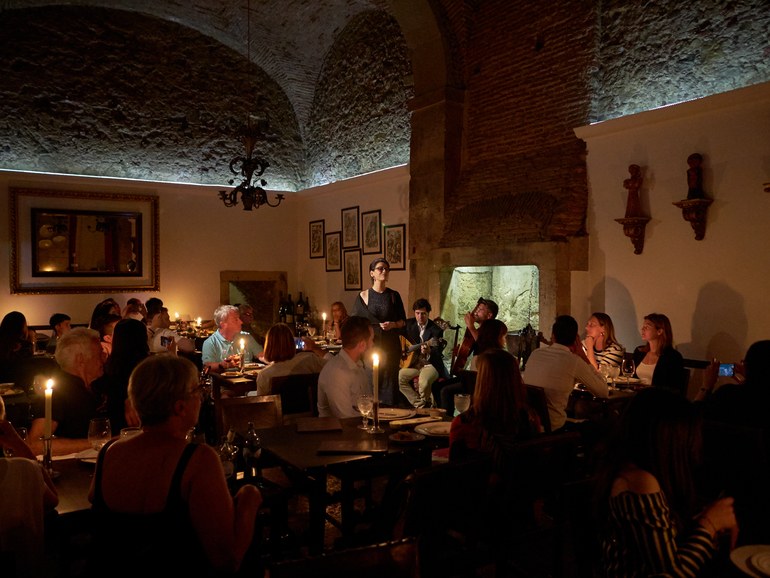 Mystery and romance linger on every inch of Casa de Linhares, a storied fado restaurant, located in a Renaissance-era mansion in Alfama that nearly fell to dust in the great Lisbon earthquake of 1755. But thanks to the enduring tradition of fado, this house continues to be an elegant and refined expression of Portuguese culture. The best of the best perform regularly here, including some of the art’s most glamorous singers (Fábia Rebordão, Vânia Duarte, Silvana Peres) as well as charming young guitarists (Bruno Chaveiro, André Dias).

There are only nine tables at Sr. Fado de Alfama, a hole-in-the-wall fado restaurant in Alfama, so make sure you book in advance. It’s a prix-fixe menu, and owners Ana Marina and Duarte Santos bring out your food. As soon as dinner hits the table, they’ll transform from servers into performers—it’s really a two-person show here. There’s plenty of fado in Lisbon, but very few places still have such a homey, salt-of-the-earth feel, and the owners’ hospitality really transforms the experience. 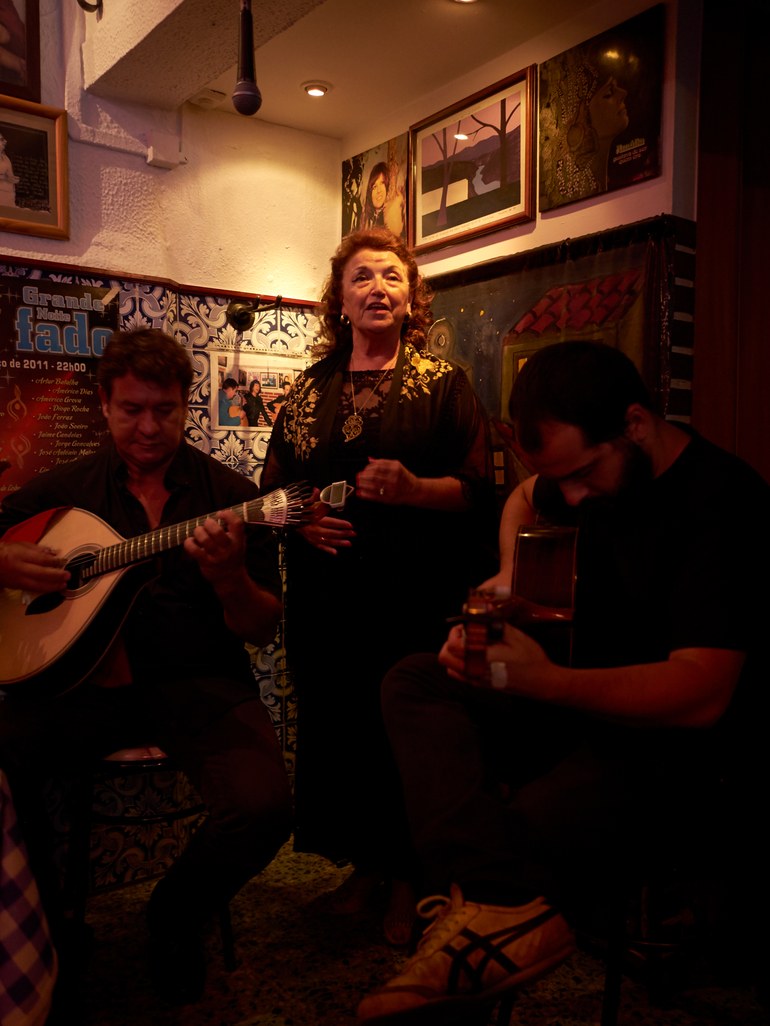 A gritty grotto in the true tradition of fado tavernas, Tasca Do Jaime is a local favorite set far from the tourist circuit, not far from the Feira da Ladra market. The singers have been known to improvise and perform spontaneously—not necessarily the most refined expression of fado, but definitely one of the most enjoyable. There are only 24 seats, so either book in advance or show up early; after all, this a salt-of-the-earth experience matched by few other Fado clubs in town. 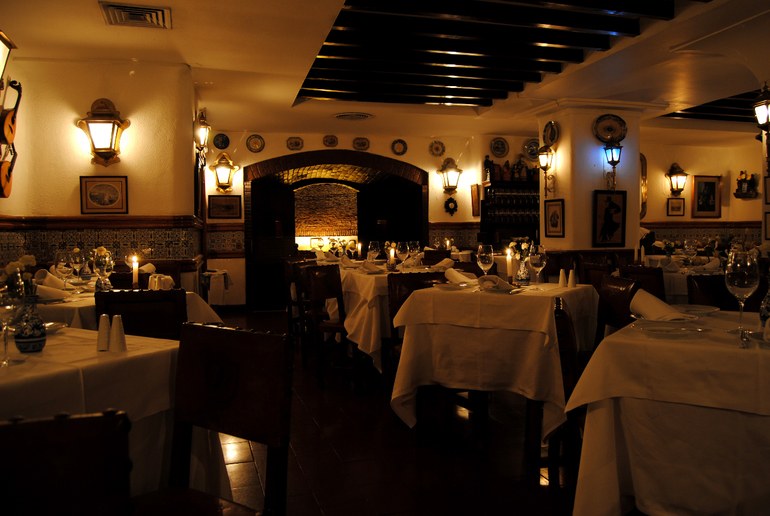 Senhor Vinho hosts some of the greatest names in the game, with regular appearances from fado legends like Aldina Duarte and Joana Amendoeira. Because of its esteemed reputation, the club is a bit pricier than other fado joints. It also offers higher-end food, so expect to spend a little more time (and money) here. With traditional Portuguese tiles, antique tapestries on the walls, and white tablecloth, the rustic, yet refined, decor creates an elegant atmosphere. 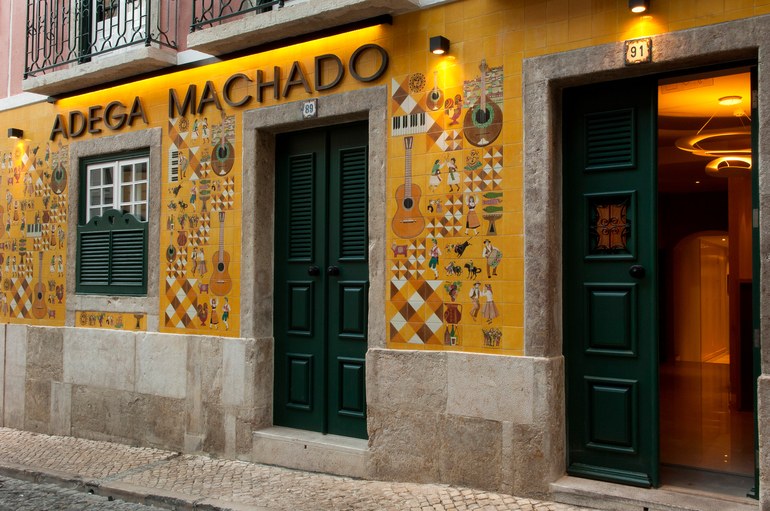 An important fado joint since its opening in Bairro Alto in 1937, Adega Machado has hosted the art form’s greatest singers over the decades, including the likes of the great diva Amália Rodrigues. The intimate space is filled with antique furniture and traditional tile work, and you’ll be hard pressed to find a more charming fado joint in town. Today, residents include other heroes of the genre including Marco Rodrigues, Joana Veiga, and Isabel Noronha. One thing’s for sure: You won’t see a bad show here. 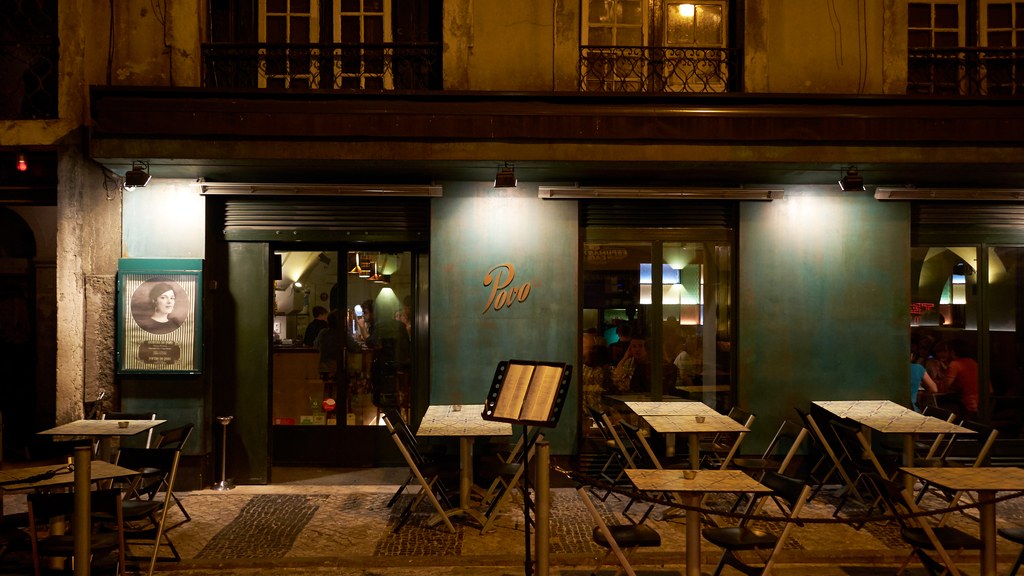 A low-key Bairro Alto favorite that draws a local crowd of Fado enthusiasts, Povo is where you go for a spontaneous night. It’s also a low-risk introduction to fado because it’s inexpensive, there’s always a reliable cohort of emerging performers on tap, and the crowd is enthusiastic without being stuffy. There’s no cover, and the scrumptious menu of snacks and share plates makes this a great place to stop before or after dinner elsewhere.

February 1, 2019
Rufaro
Comments Off on 10 Best Places for Fado Music in Lisbon
General