Day One: Depart the SOUTH AFRICA (own flight arrangements)

Day Two: Arrive Paris / Travel to Montsoreau / Loire Valley. Bienvenue vers la France! Upon arrival at Charles de Gaulle airport, you will gather your luggage and make your way to the airport rail station in the afternoon to board your train to the Loire Valley.  You will have 1st Class seating from Paris to Saumur via a connection in St. Pierre des Corps.  Upon arrival in Saumur, you will take a taxi for a short 20 minute drive to your charming 3-Star hotel in Montsoreau on the banks of the Loire River.

Enjoy the splendid scenery of the Loire Valley from your hotel.  There are superb views of the river or the hotel’s garden from the rooms.  During your stay, enjoy the quiet bar, shop, spa with swimming pool, bubbling bath and massages. All of this just around the corner from the splendid Royal Abbey of Fontevraud and the region’s other jewels you may choose to see while you are here.

After you check in, try one of the local restaurants for dinner.  Recommendations and reservations can be made upon request. 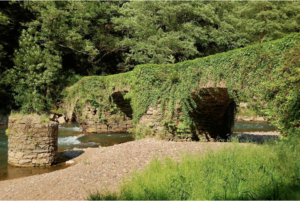 Montsoreau is a small village on the borders of the Loire River and is recognized as one of the prettiest villages in France.  Between Anjou and Touraine, it sits amongst the most prestigious castles in France such as Villandry, Azay le Rideau, Rigny Ussé, Le Rivau, Chinon and Saumur. Montsoreau is also surrounded by the vineyards of Saumur Champigny, Touraine, Chinon, Saumur, Bourgueil and Saint Nicolas de Bourgueil.

Day Three: Cycling Loire Valley / Chinon. Enjoy breakfast at the hotel this morning and then prepare for your first day of cycling in the Loire Valley.  Each day your bicycles and equipment will be provided to you at the hotel along with maps and suggested sites to visit.

After you test and adjust your bike, pack your saddlebags and get ready for your excursion to Chinon.  Today’s ride is approximately 48km and you will pass the Manoir de la Devniere and surrounding vineyards on your way to the charming medieval town of Chinon on the banks of the Vienne River.   Local wineries will be pointed out on your map so you can stop at your leisure for a taste of delicious Chinon red wine.

Explore Chinon and its beautiful scenery before returning to Montsoreau for the evening.

In the Middle Ages, Chinon developed especially during the reign of Henry II, Henry Plantagenêt, Count of Anjou, crowned King of England in 1154. The castle was rebuilt and extended, becoming one of his favorite residences.  Chinon was included in the French royal estates in 1205, but it was during the Hundred Years War that the town took on a new lease of life.  The heir apparent, the future Charles VII, had sought refuge in 1418 in those provinces that had remained faithful to him and made lengthy stays with his court in Chinon.  In 1429, Joan of Arc came here to acknowledge him.  The castle was then at the height of its glory.  From the 16th century, Chinon was no longer a royal residence, and in 1631 it became part of the estates of the Duke of Richelieu, who neglected the castle. The fortifications were pulled down in the 1820s and the banks of the Vienne were developed to open the city up to the outside. 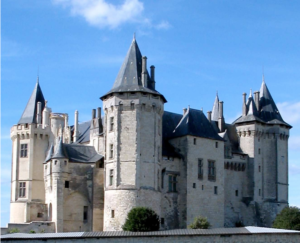 Day Four: Cycling Loire Valley / Candes Saint Martin / Saumur. This morning after breakfast, your cycling adventure continues as you ride through the countryside to the village of Candes Saint Martin where you can visit the magnificent 12th and 13th century collegiate church.

Candes Saint Martin sits on the banks of the Vienne River, at the confluence with the Loire River, on a small hill with beautiful views across the surrounding countryside.  Saint Martin arrived secretly in the village  towards the end of the 4th century, destroyed their pagan temple and converted the residents.  When he died in the village he was laid to rest in what is now one of the chapels in the church. 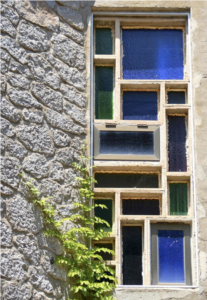 The highlight of Candes-Saint-Martin is the chapel Saint Martin which is especially known for the many statues that decorate its facade, and for the stained glass windows tracing the story of the relics of Saint Martin. The church was built in the 12th century, although much of the decoration was added three centuries later.

Before you begin your return journey, don’t miss the walk along the Chemin du Panorama to the viewpoint above the village.  This gives you a great view of what is a particularly beautiful stretch of the River Loire.

Day Five: Cycling Loire Valley / Breze / Montreuil-Bellay. Your final day of cycling will take you along small rustic roads and through vineyards by the castle of Breze, where you can stop and view this magnificent ancient monument, it’s underground passages and chambers and even taste wine.  Continue from the castle to the village of Montreuil-Bellay.  It’s chateau is a perfect example of a medieval fortress converted into a Renaissance chateau. 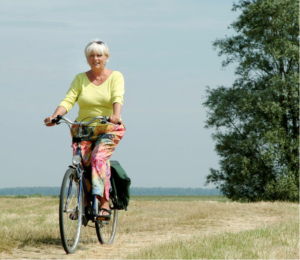 The Château de Montreuil-Bellay was first built on the site of a Gallo-Roman village high on a hill on the banks of the Thouet River.  The property, consisting of more than 1,000 acres was acquired by a Bellay family member in 1025 but was seized during the second half of the 1100s.  During the French Wars of Religion, the town of MontreuilBellay was ransacked and burned but the sturdy fortress suffered little damage.  Ownership of the

castle changed several times including, through marriage, to the Cossé-Brissac family. During the French Revolution the castle was seized by the revolutionary government and used as a prison for women suspected of being royalists.

March 27, 2018
Rufaro
Comments Off on A Cycling & Wine Adventure in the Loire Valley & Bordeaux
France