Cycle and Cruise through magnificent Dalmatian coast! This guided cycling tour in Dalmatia starts and ends in Split exploring amazing coastlines, medieval towns, old villages and picturesque bays. Highlights include great beaches, vineyards, pine woods, cycling across the historic islands and exploring Mljet National Park. Croatia is a land of stunning islands, rich history, Mediterranean vegetation and a mild climate. Without doubt, the best way to explore it is by bike.

Island hopping Dalmatia
7 night cruises with guaranteed departures
From May till October
This guided cycling tour in Dalmatia starts and ends in Split exploring amazing coastlines, medieval towns, old villages and picturesque bays. Highlights include great beaches, vineyards, pine woods, cycling across the historic islands and exploring Mljet National Park. Croatia is a land of stunning islands, rich history, Mediterranean vegetation and a mild climate. Without doubt, the best way to explore it is by bike.

Saturday Split – Supetar – Pučišća (L)
Bike Course: – BIKE: Supetar – Pučišća
Length: 25 km
Total ascend: 380 m
Highest point: 90 m
Surface: 100% paved road
Difficulty level: 2/5
Arrival in Split and check in till 13:00. Departure with lunch and meet your fellow passengers and the crew. Upon arrival in Supetar you will cycle the coastal road to the northern part of the island of Brač. We are passing the fishing villages Splitska and Postira and arrive in one of the most beautiful small settlements in Europe – Pučišća. Free afternoon for sightseeing this charming place well known for its long stonemason tradition. Overnight in Pučišća.

Sunday Pučišća – Pokrivenik – Sućuraj – Lovišta (B,L,CD)
Bike Course: Pokrivenik – SućurajLength: 32 km
Total ascend: 450 m
Highest point: 350 m
Surface: 100 % paved
Difficulty level: 3/5
Breakfast and morning sail towards the longest Croatian island – Hvar with the view on Biokovo mountain. Out starting point is a small picturesque bay Pokrivenik. Starting with ascend to the highest point of the route and descend to the eastern point of Hvar island – Sućuraj, where the boat is waiting. After lunch on board, sail towards the second biggest Croatian peninsula Pelješac and a charming settlement Lovišta. Optional Captain’s dinner on board. Overnight in Lovišta.

Monday Lovišta – Trstenik (B,D)
Bike Course: Lovišta – TrsteniK
Length: 45 km
Total ascend: 800 m
Highest point: 411 m
Surface: 100% paved
Difficulty level: 4/5
The third-day ride we can call the wine-panoramic route. After breakfast we start riding towards Orebić, the city of seafarers and captains. First few kilometers of ascending and then descending with the unique viewpoints on Korčula archipelago. After Orebić ascend to the area where the most famous varieties of Croatian wine succeed. We cross the tunnel Dingač to the south side of Pelješac and continue riding through vineyards to Trstenik. Overnight in Trstenik.

Tuesday Trstenik – Mljet – Korčula (B,L)
Bike Course: National park Mljet
Length: 18 km
Total ascend: 120 m
Highest point: 45 m
Surface: 80 % paved, 20% macadam
Difficulty level: 1/5
Cruise during breakfast from Trstenik to Mljet island, the lush green island also known as Honey-island. Mljet National park (entrance fee to be paid on the spot approx. 16 EUR per person) is a beautiful area of unique charm featuring two connected salt water lakes, a lush flora, a unique appearance of indented coastline, cliffs and numerous islets as well as always green plants of the surrounding hills. We cycle around the saltwater-lake, inside which there is another island with the Benedictine monastery from the 12th century. Refreshment in saltwater lakes and return to lunch on board. Sail to Korčula. Free afternoon for exploring the town of Marco Polo. Overnight in Korčula.

Wednesday Korčula – Vela Luka (B,D)
Bike Course: Korčula – Pupnat – Smokvica – Prižba – Blato – Vela Luka
Length: 55 km
Total ascend: 750 m
Highest point: 340 m
Surface: 100 % paved
Difficulty level: 4/5
After breakfast we start with the longest route of the week in which we will cycle the whole island of Korčula. Ascend to Žrnovo village and then to the oldest settlement on the island – Pupnat, where is the highest point of the route. Descend to the south side of Korčula and road ride between one of the most beautiful bay on the island and the steep cliffs above it. We continue the ride through numerous olive groves and vineyards, one of the most famous grape variety Pošip. Short break in the charming place Smokvica on half the way. Descend to the sea and refreshment in one of the numerous pebble hidden beaches. Ascend towards the viewpoint above town Blato and final descend towards our goal – Vela Luka. Dinner on board and overnight in Vela Luka.

Thursday Vela Luka – Hvar – Stari Grad (B,L)
Bike Course: 1. Hvar – Stari Grad 2. Stari Grad-Jelsa-Vrboska-Stari Grad
BIKE 1:
Length: 23 km
Total ascend: 450m
Hiughest point:410m
Surface: 100% paved
Difficulty level: 3/5
Early morning sail from Vela Luka to the town of Hvar, breakfast. Short sightseeing of Hvar, a fairy tale city with its architecture, beautiful nature and mild climate. Cycle from Hvar to the other side of the island – Stari Grad. We pass through numerous lavender plants and enjoy the view towards the neighboring islands and mainland. Lunch on board in Stari Grad. Easy afternoon ride up to two Hvar’s pearls – Jelsa and Vrboska and through Stari Grad Plain where the ancient Greek land division has been preserved to these days like the system of road and plots. Overnight in Stari Grad.

Friday Stari Grad – Stomorska – Split (B,L)
Bike Course: Stomorska – Maslinica
Length: 36 km
Total ascend: 450 m
Highest point: 135 m
Surface: 100 % paved
Difficulty level: 2/5
The last day we start with cruise from Stari Grad to the island of Šolta. After breakfast, we start cycling from Stomorska to the highest point of the island – Gornje selo, enjoying the views on both sides of the island and the scents of Medditeranean plants. Continue to Maslinica on the west part of the island. Short break and return to Stomorska. Lunch on board and sail to Split. Free afternoon for sightseeing the Diocletian’s city. Overnight in Split.

CYCLING ROUTE: The length of the daily cycling routes is estimated and is based on local information and depends of various detours or short cuts that can be done en route. Sailing and cycling routes may be changed on the spot due to weather conditions and ability of the respective cyclists on board. Departure is during morning hours, mostly after breakfast.

BICYCLES: bike rental possible on request; Katarina Line is not responsible for any damage which may occur on personal bicycles during bike tours and transportation from land to the ship and vice versa; Repair kit for personal bikes obligatory.
FOOD: Breakfast* and either lunch or dinner (*continental breakfast included for Traditional Ensuite vessels, buffet breakfast for Premium vessels). During our cycling routes, we recommend stops at local restaurants where you can sample the local specialties. These meals are not included in the price of the trip and are paid by the customers. There is a possibility to book a Captain’s dinner (included for Premium vessels), which is paid directly on the spot and is offered by the captain and your tour guide. 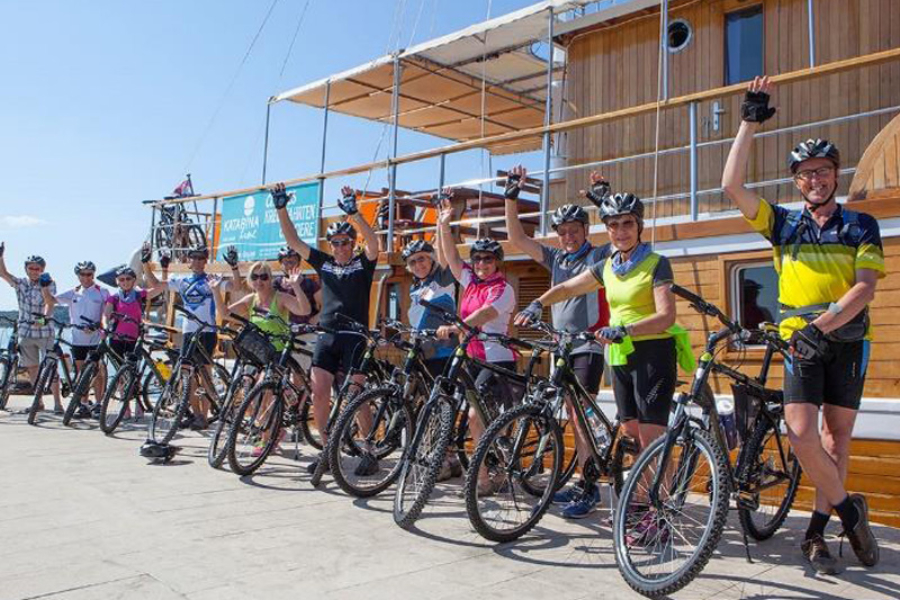 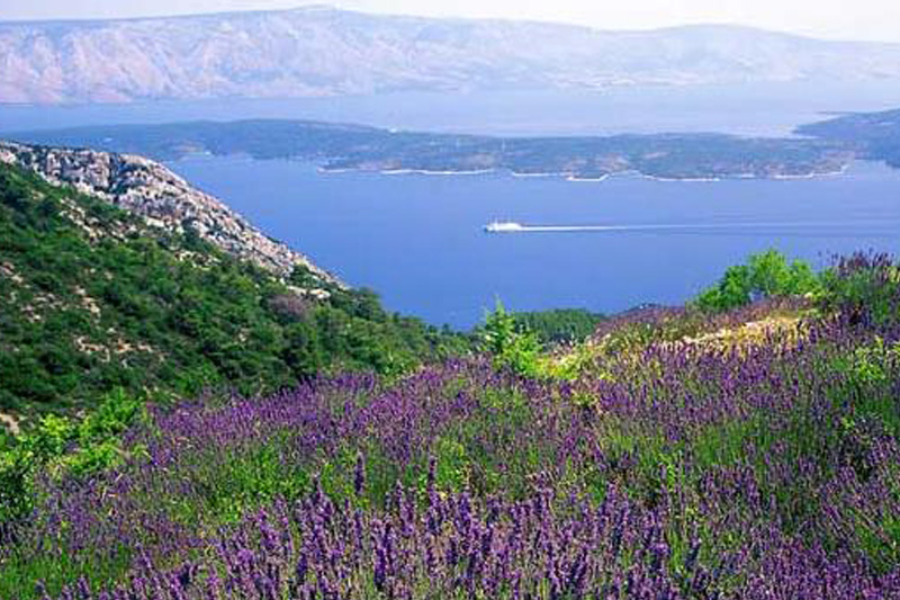 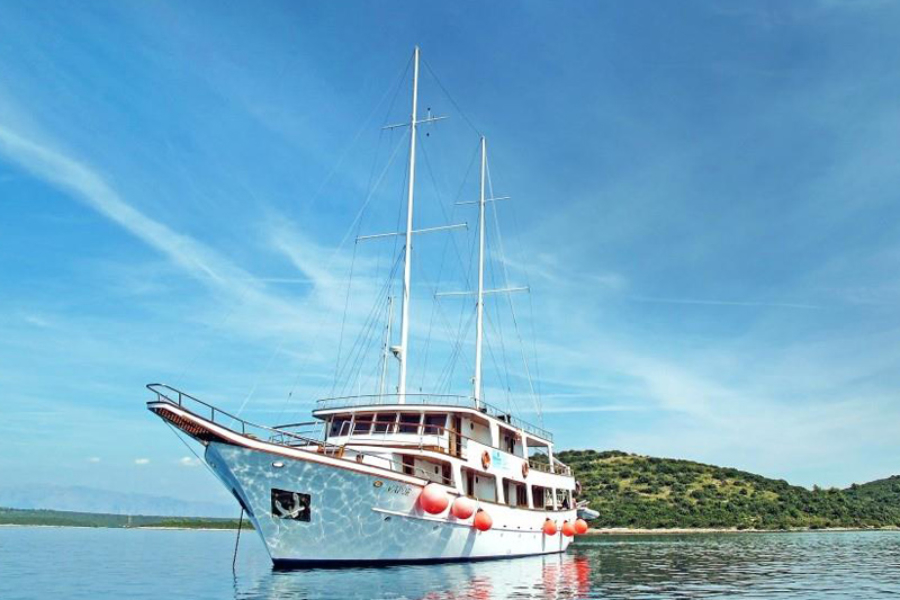 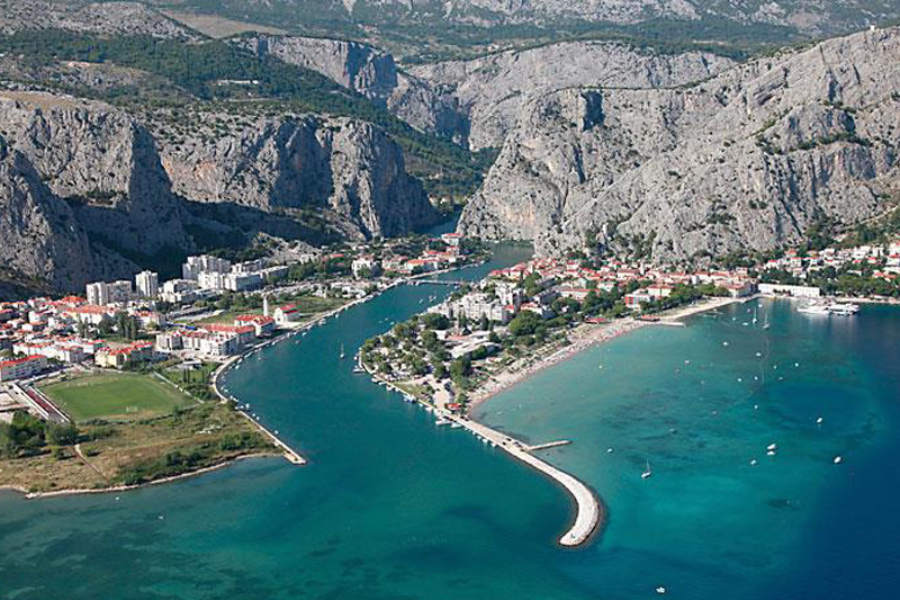 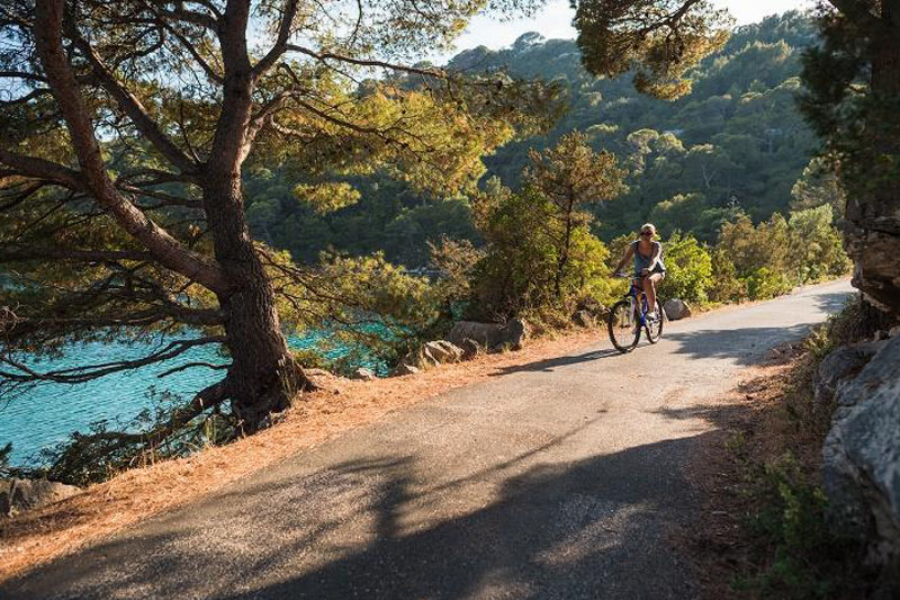 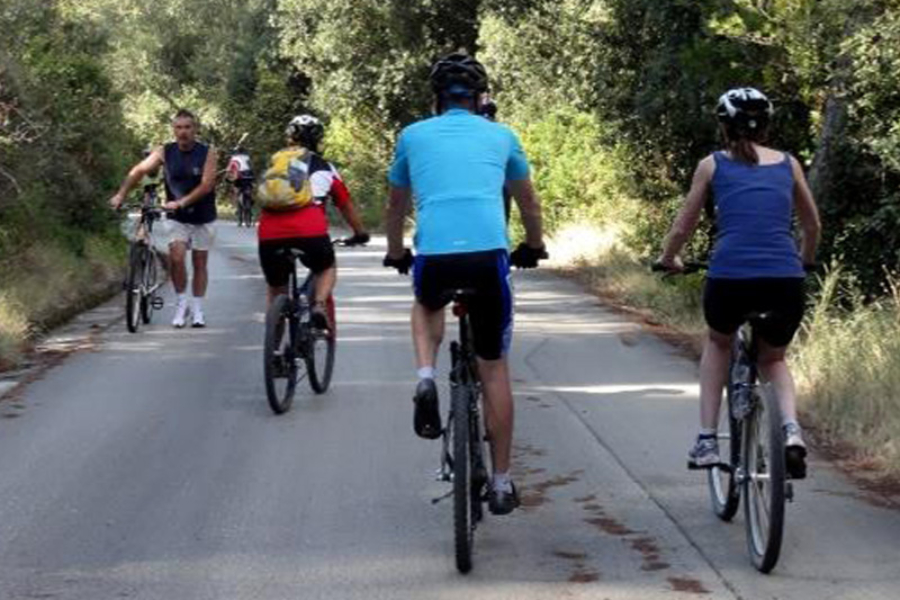