For this trip all you will need is a few T-shirts and a swimming costume to spend seven unforgettable days cruising on the northern Adriatic Sea from one island to another. Relax and let the captain and his crew (especially the chef) take care of you. During the day you can swim, sunbathe, snorkel, and explore the underworld of the Adriatic Sea. The evenings you have at leisure to find a good restaurant or discover old churches or other historical monuments…

Saturday OPATIJA – KRK ISLAND (L)
Departure at 13h with lunch on board. Late arrivals can join in Krk. Krk is the largest Croatian island and on route we stop to swim in the mosty crystal clear water you may ever have seen. Krk has diverse villages of various sizes, stunning promenades, dramatic rock faces with tiny islands and hundreds of hidden bays and beaches. There’s a buzz along the waterfront of Krk Town. Enjoy the many bars or restaurants there and relax. Overnight in Krk town.

Sunday KRK ISLAND – RAB ISLAND (B, L)
After breakfast, we cruise towards Rab island known as the “island of love”. On arrival, join a guided tour (included on Premium Superior & Premium) to see imposing stone walls and Romanesque church towers, churches, palaces, stone streets and ancient facades. Many streets and squares are like open-pair galleries, as artists work outside. Do not miss the famous “Rapska torta“ cake (the recipe is secret, tasting included for Premium Superior & Premium). If weather permits, walk up to Kamenjak hill and watch the magnificent sunset. Overnight in town of Rab.

Monday RAB ISLAND – ZADAR (B, L)
Morning cruise from Rab towards Zadar, travelling by Pag island with it’s unusual moon-like landscape. We stop to swim on tiny MAUN island. In Zadar there’s an optional guided tour (included on Premium Superior & Premium). The city is today the centre of the region and was the metropolis of Dalmatia region for many centuries.The rich cultural heritage is visible at every turn: The Roman forum which dates to the 1st century AD, the church of St. Donatus dating to the 9th century AD – the most famous Medieval basilica and the symbol of the city. The imposing and mighty city walls with representative Port and Land gates are from the 16th century AD, and there are numerous palaces and villas of former noble families. Great restaurants line part of the waterfront and the centre of town. Famous, contemporary creations are the Zadar Sea Organ, one of a kind in the world (listen to the sound) and “The Greeting to the Sun” light installation. Overnight in Zadar.

Tuesday ZADAR – MOLAT ISLAND or OLIB (B, L, CD)
Early departure for Molat or Olib island (depending on available space in the small harbours) in the northern part of the Zadar archipelago. Think pure peace and serenity. Tonight it’s the Captain’s dinner party on board and overnight here.

Wednesday MOLAT ISLAND or OLIB – ILOVIK – LOŠINJ ISLAND (B, L)
After breakfast and a morning swim, we cruise towards Ilovik. It may have only a few hundred inhabitants but Ilovik has lovely bays and crystal clear water. We make a short stop before leaving for Losinj known as “sunshine island” and abundance of pines, wild flowers and herbs. Losinj is one of the most popular islands on the northern Adriatic waters for its hidden coves and cool Mediterranean vibe. On arrival, stroll along the pretty waterfront or walk up to the Lošinj Aromatic Garden full of indigenous herbs and plants. The smaller town of Veli Lošinj is easy to reach if you want to explore on foot. Overnight in Mali Lošinj.

Thursday LOŠINJ ISLAND – CRES ISLAND (B, L)
We leave for Cres island after our morning swim. This unspoiled island is long and narrow island with olive groves, vineyards, forests of oak, beech and along with some remarkable stone walls. Cres and Mali Lošinj were once one island before the Romans dug a narrow channel to separate them. Spend the night in the harbor of this typical medieval town Cres with hidden squares and courtyards.

Friday CRES ISLAND – OPATIJA (B, L)
After breakfast, we leave for Opatija. The famous Opatija Riviera is best seen from the sea. On arrival in late afternoon, join a walking tour of Opatija (included on Premium Superior). Stroll the longest lungomare (seaside promenade) in Croatia or stop in Volosko, a traditional fishing village with some of the best fish restaurants in the country. On your last night on board, maybe have a farewell party under the stars. This would be a great time to swap contact details with your new friends and plan your return. Many people come back, again and again.

Saturday OPATIJA (B)
After breakfast say goodbye to the crew. We hope to see you again aboard Katarina Line cruises. 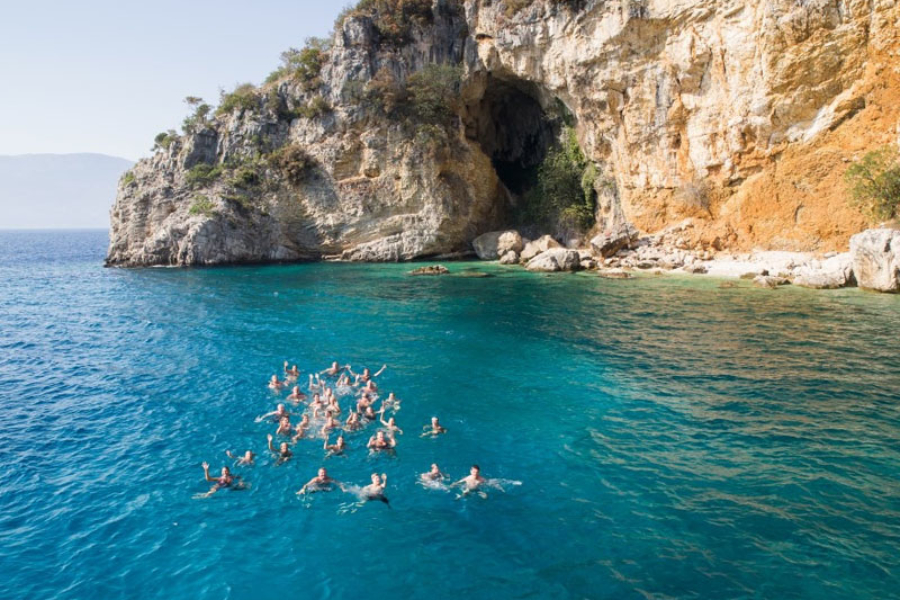 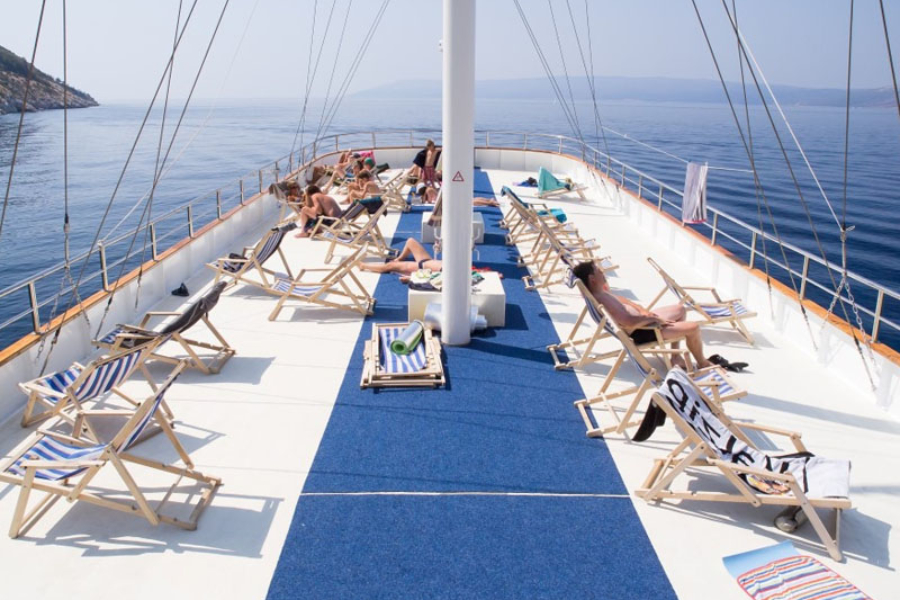 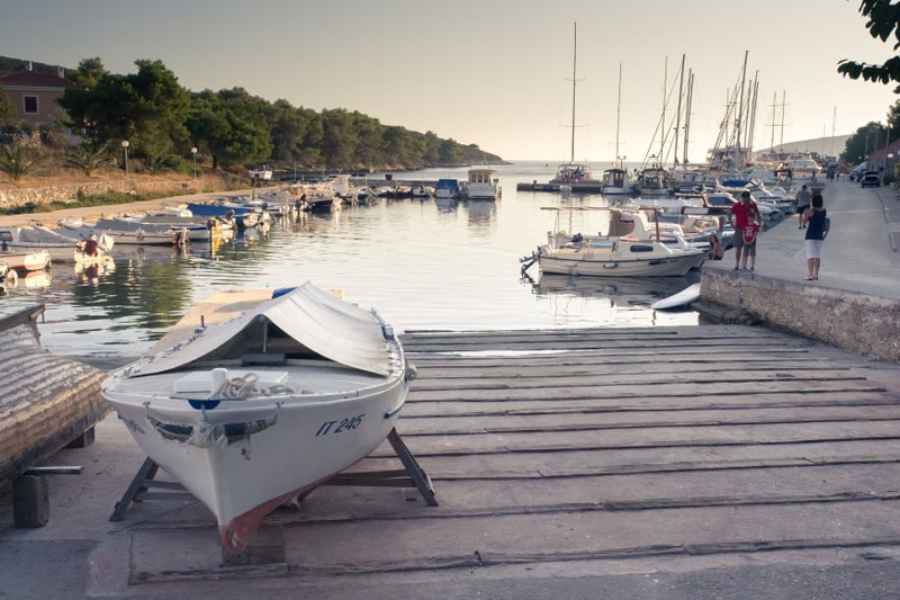 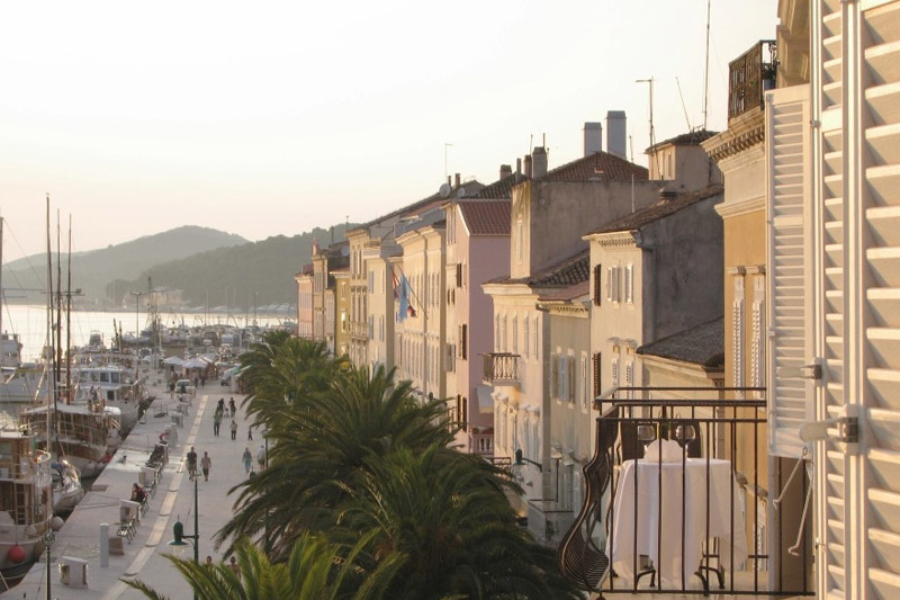