Your cruise begins in the imperial capital of Russia – St. Petersburg. The first day is arrival day. You are welcome on board! Check in starts at 14:00 (2.00 PM), but you may arrive earlier or later on that day. Your time in St. Petersburg will begin with a Panoramic City Tour. This tour is the best way to get acquainted with all of the city’s major highlights. Our professional guide will take you down Nevsky Prospect, St. Petersburg’s most famous and vibrant thoroughfare. There you will see some of the city’s most interesting architectural monuments including the Kazan Cathedral and the Winter Palace. You will see the Peter and Paul Fortress (interior) – a symbol of St. Petersburg and also the oldest building in the city. One of the highlights of your time in the city will be a visit to the Hermitage, Russia’s premier museum containing one of the largest art collections in the world. The museum consists of five historical buildings including the Winter Palace – the residence of the Russian Tsars. The museum contains over 3 million pieces of art with dates ranging from high antiquity to the present day. Among the Hermitage’s treasures are artworks by Leonardo da Vinci, Raphael, Titian, Rembrandt, Rubens and many others.

St. Petersburg is Russia’s second largest and second most important city – the Northern capital of the country, Russia’s cultural center, and considered the world’s “Northern Venice” due to its extensive system of canals and islands. Walk along Nevsky Prospect and experience the grandeur of pre-revolutionary imperial Russia. Pass palaces from the past and gaze at the famous embankment of the Neva River with its numerous bridges and striking architecture. St. Petersburg is also home to Russia’s largest and busiest port and with its many world class theatres and museums has a very high level of cultural life. 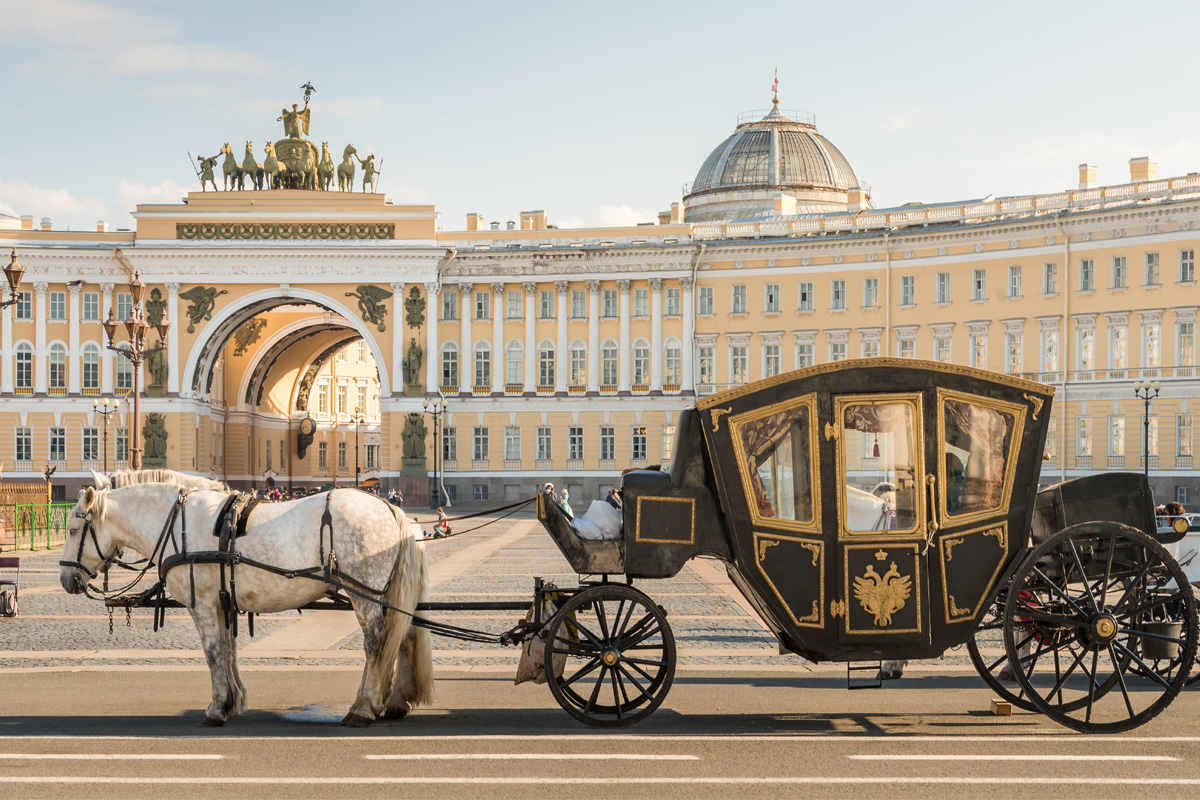 A stop in the village of Mandrogui. Enjoy walking around this traditional Russian village in its beautiful setting and spending a day of rest, relaxation and fun. We will have a fantastic barbeque picnic on the banks of the river featuring one of Russia’s favorite specialties – shashlik (meat shish kebab prepared on an outdoor fire). You will love it.

Kizhi Island: Via the Volga Baltic Canal, our cruise takes us to the tiny island of Kizhi, located at the northern end of Lake Onega. The island is renowned for its open-air Museum of Architecture, which is assembled from over 80 monuments of wooden architecture from various areas of the country and restored to form a glimpse of the past. The most impressive site on the island is the Church of the Transfiguration or Preobrazhenskaya (the church of twenty-two wooden domes). This masterpiece of architecture, featuring five tiers of 22 domes, was built in 1714 without the use of a single nail, only an axe and pine trees. The church magically changes colour as the day grows old, it is certainly one of the most interesting things you will see during your time in Russia.

Arrival in the ancient village of Goritsy. Tour of the St. Cyril on the White Lake Monastery and Museum of Icons.

Goritsy is a tiny settlement 7 kilometers from the St. Cyril on the White Lake Monastery. The remains of the Nunnery of the Resurrection that sits on the banks of the Sheksna River can be visited and is within a quarter of a mile of where the ship stops. Goritsy is definitely a site to see for anyone with an interest in Russian history. St. Cyril on the White Lake was founded in 1397 by Kirill Belosersky on the shore of Lake Siverskoye. The monastery had wide trade in the 15th to 17th centuries and was used as a fortress to protect Russia’s nobility during the Times of Troubles.

Arrival in medieval city of Yaroslavl. You will be taken to the panoramic city tour with a visit to a local market (free time). You will also see the Church of Elijah the Prophet (exterior), Church of St Nicholas (interior) and enjoy an interactive tour of former Governor’s House (and visit to an Art Gallery).

Yaroslavl: Stretching for 18 miles on both banks of the Volga, Yaroslavl is an important Volga port with a population of 600,000. It was founded in the 1010 by Prince Yaroslav the Wise and is one of the ancient Russian cities making up the Golden Ring. It was destroyed by the Tatars in the 13th and 14th centuries but then restored and rebuilt and by the 17th century it had become Russia’s second largest city after Moscow and an important cultural and political centre. Today, Yaroslavl retains many noteworthy monuments of its colourful past. Of special interest is the magnificent 13th century Spassky Monastery ensemble, a group of majestic 17th century cathedrals, an elegant rotunda and remnants of an ancient trading centre. The churches of St. Nicholas and Elijah the Prophet have some of the Golden Ring’s most impressive frescoes.

Arrival in Uglich. You will be taken to the walking city tour with visit to Kremlin, the Church of St. Demitrius on the Blood and the Transfiguration cathedral.

Uglich was founded in 1148 as a small princedom bordering on Muscovy, Uglich is one of the most beloved towns in Old Russia. The view of the town as you approach it from the Volga River is breathtaking with the Cathedral of the Resurrection and St. John’s Church rising up on the horizon. The history of the town is fascinating; At the end of the 16th century, Maria Nagaya, seventh wife of Ivan the Terrible, lived in honorary exile at the Kremlin in Uglich. It was here in her garden that the 10 year old Prince Dmitry of the Rurik Dynasty, heir to the Russian throne was murdered by Boris Godunov who wanted to seize power for himself. On the spot of his death, the Church of St. Demitrius of the Blood was built and still stands today. The death of Prince Dmitri brought on the start of the Time of Troubles, a dynastic and political crises and one of the most tumultuous periods in Russian history which ended 15 years later after the election of a new Tsar Mikhail Romanov (the first Tsar of the Romanov Dynasty). Inside the Kremlin the oldest building in Uglich, the Palace of Tsarevich Dmitry also stands. During your time in Uglich you will learn more about the town’s past and walk along the paths of Russian history.

Arrival in Moscow, your final destination. Over the next few days you will have a chance to explore Moscow and learn about its riveting history. You will be taken on a city tour where you will see Moscow’s most interesting sights and learn about this amazing city’s past and present. You will also have a chance to do some light shopping and there will be time to relax aboard the ship in the evenings. One of the highlights of your time in Moscow is a visit to Red Square and the Kremlin. You will also visit one of the Kremlin’s famous cathedrals. The Kremlin as we know it today was rebuilt as a stone structure during the beginning of the 14th century but the actual site had been inhabited and used as a fortified city wall for centuries before this period. The Kremlin is truly a fascinating structure – at the same time it is an ancient tower, the city’s former military fortification, a palace and the workplace of the Russian President. The Kremlin is the center of Russia’s political life and State power and has been home to Tsars, General Secretaries of the Soviet Union and Russian Presidents. On the last day of your cruise you will say goodbye to Russia, your ship’s crew and the many new friends we are sure you will have met during your time with us. We are sure that your memories of the trip will last a lifetime and we look forward to welcoming you to Russia sometime in the future. Our driver will meet you at the ship and take you to the airport to see you off (transfer is optional).

Moscow is Russia’s political and financial capital as well as a major world class cultural centre. The city includes many must see attractions from the Kremlin and Red Square to the Assumption Cathedral. Moscow is the largest city in Europe. It is unique in that it blends the ancient with the modern. See medieval structures among modern office buildings, walk down crooked old city streets opening up to wide busy boulevards. It is a fantastic city and truly a site that shouldn’t be missed. 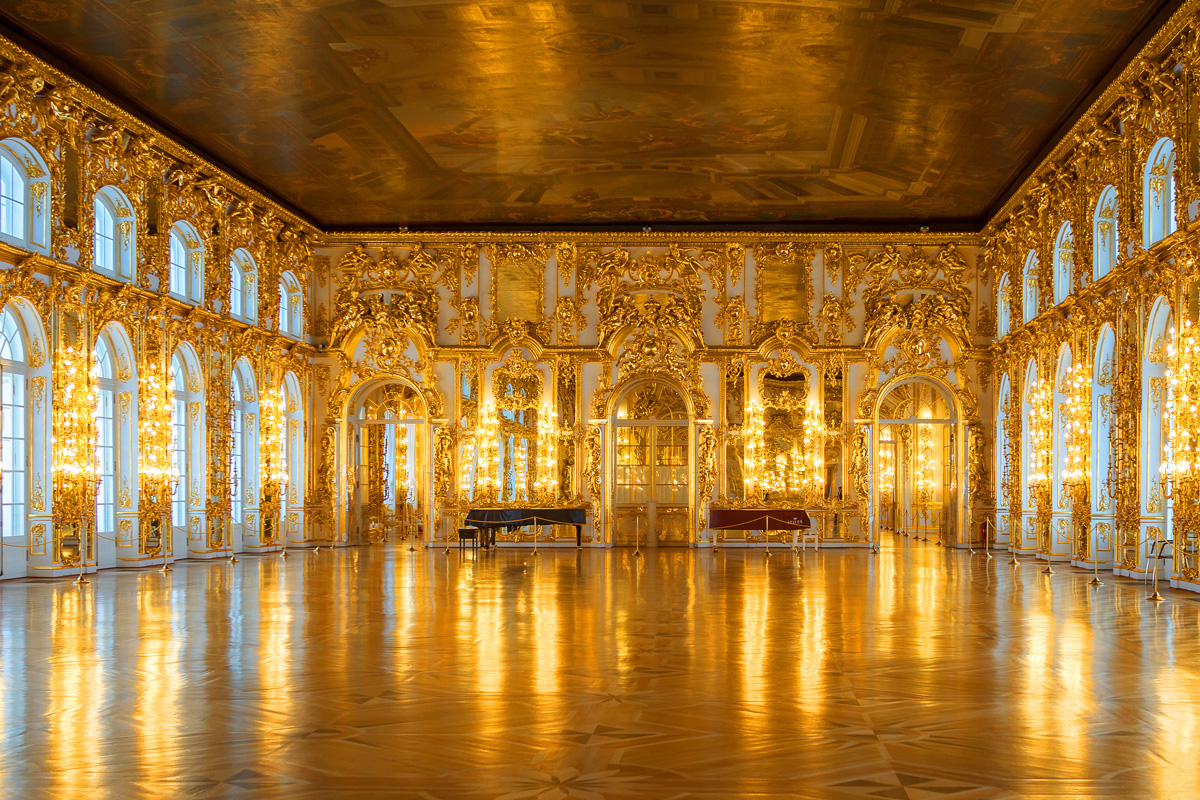 MS Nikolay Chernishevsky is a comfortable four-deck vessel (type 301). Built in Germany in 1981, refurbished in 2018, the motorship is equipped with modern navigational facilities and exceeds the speed of 26 km per hour (around 17MpH). The ship features 2 restaurants, 2 bars and a Conference hall. Passengers can use the Ironing room, Sauna and Solarium. There is also a Souvenir store and a Medical room on board.

MS Chernyshevsky has a total of 118 cabins (for 228 passengers), including 4x suites, 46x deluxe, 40x twin, 18x single and 10x triple cabins. All staterooms are outside (no interior cabins) and with large opening windows (except Lower Deck cabins with round-shaped non-opening portholes). Cabin ceiling height is 2,2 m.

South African passport holders do NOT need a visa for Russia.

PLEASE NOTE: your passport should be valid for no less than 6 months after the planned departure from Russia and it should have at least 2 blank pages.

Conditions of payment: To book your cruise a 25% deposit is required in advance. The trip must be fully paid 75 days before departure.

We highly recommend that guests take out comprehensive travel insurance; including “cancel for any reason” (where still available) to ensure that any funds lost can be recovered. We understand that the uncertainty around travel plans is a concern for all. As it stands, if there are no specific travel restrictions for your holiday dates, then it is still scheduled to go ahead as planned. Therefore, you will need to pay your balance unless you wish to cancel your booking and claim the deposit back via your travel insurance provider. For added peace of mind remember that if the  advice changes, and you are no longer able to travel, you will still have the option to move your holiday to a later date. When we collect a deposit to confirm a booking we pay it over to the holiday Principal to ensure that the dates are held, so from that point onwards we are no longer in possession of your funds and therefore not in a position to refund them.