Met at airport and transferred to hotel.

Afternoon at leisure with own arrangements.

Resting at the confluence of the Indian and Atlantic Ocean, sandwiched between the slopes of the iconic Table Mountain and the glistening sapphire waters of Table Bay, the exceptionally scenic city of Cape Town is in a class of its own. Some cities boast rich culture, vibrant nightlife, a cosmopolitan atmosphere and extraordinary architecture, while others boast breathtaking landscapes and extraordinary natural wonders. Cape Town is lucky enough to be blessed with all of these attractions and so much more. With its bustling harbour, world-class beaches, top-notch vineyards, and its mountainous surroundings brimming with diverse flora and fauna, Cape Town consistently captivates the hearts of all who visit.

This awe-inspiring tour to the towering headland known as Cape Point encompasses magnificent beaches, breath-taking views, and picturesque coastal villages. The Cape Peninsula is one of the world’s most scenic areas and stretches from the City centre to Cape Point. Note: The drive via Chapman’s Peak is subject to the road being open. Ou Kaapse Weg will be used as an alternative route when necessary.

This awe-inspiring tour to the towering headland known as Cape Point encompasses magnificent beaches, breath-taking views, and picturesque coastal villages. The Cape Peninsula is one of the world’s most scenic areas and stretches from the City centre to Cape Point. Note: The drive via Chapman’s Peak is subject to the road being open. Ou Kaapse Weg will be used as an alternative route when necessary.

Located on the shore of Table Bay, Cape Town was first developed by the Dutch East India Company as a victualling station for Dutch ships sailing to East Africa, India, and the Far East. Jan van Riebeeck’s arrival on 6 April 1652 established the first permanent European settlement in South Africa. Cape Town quickly outgrew its original purpose as the first European outpost at the Castle of Good Hope, becoming the economic and cultural hub of the Cape Colony. Until the Witwatersrand Gold Rush and the development of Johannesburg, Cape Town was the largest city in South Africa.

After breakfast met by guide for transfer to the Winelands & Franschhoek.

Franschhoek ; Afrikaans for “French Corner”, Dutch spelling before 1947 Fransche Hoek) is a small town in the Western Cape Province and one of the oldest towns of the Republic of South Africa. It is about 75 kilometres from Cape Town and has a population of slightly over 15,000 people.

The valley was originally settled in 1688 by 176 French Huguenot refugees, many of whom were given land by the Dutch government in a valley called Olifantshoek (“Elephants’ corner”), so named because of the elephants that crossed into the valley to calve. The name of the area soon changed to le Coin Français (“the French Corner”), and later to Franschhoek (Dutch for “French Corner”), with many of the settlers naming their new farms after the areas in France from which they came.[2] La Motte, Champagne, La Cotte, Cabrière, La Provence, Bourgogne, La Terra de Luc and La Dauphine were among some of the first established farms — most of which still retain their original Cape Dutch farm houses today. These farms have grown into renowned wineries. Many of the surnames in the area are of French origin, e.g. Du Toit, Marais, Du Plessis, Malan, Malherbe, and Joubert. You will have the opportunity of visiting at least 3 wineries.

Exploring from Cape Town to Franschhoek

Our day will be kept active, exploring Stellenbosch from a quirky perspective as we explore the Jonkershoek Nature Reserve on two wheels before delving deeper into the heart of Stellenbosch on foot to learn about the history of this Cape Dutch Town. Our afternoon will then be spent exploring the smaller boutique estate of Mitre’s Edge before returning back to Cape Town.
Duration

South African braai for lunch before the last wine tasting in the Banhoek valley.

A blend of historical architecture, student life, epicurean delights and oak-lined avenues, Stellenbosch is a picturesque university town surrounded by mountains and vineyards. A walking tour of the town centre allows visitors to take in its beautifully preserved Cape Dutch and Victorian architecture, as well as the many enticing art galleries, craft shops, clothing boutiques and gift stores, while foodies may prefer indulging in mouth-watering cuisine and fine wines at one of the chic restaurants or buzzing bistros. Stellenbosch is also the ideal base from which to explore the renowned local wine route, boasting a high proportion of the country’s leading wine estates.

After breakfast pick up car Group C Toyota Corolla or similar and drive to Hermanus.

Day at leisure with sightseeing activities such as visiting vineyards for wine tasting ect.

Hermanus (originally called Hermanuspietersfontein, but shortened in 1902 as the name was too long for the postal service , is a town on the southern coast of the Western Cape province of South Africa. It is famous for southern right whale watching during the southern winter and spring and is a popular retirement location. The whales can be seen from the cliffs in the town centre as early as June and usually depart in early-December. They were once hunted in the nearby town of Betty’s Bay, but are now protected to ensure the survival of the species. The Old Harbour Museum contains several exhibitions that explain the whaling industry, and the De Wetshuis Photo Museum houses an exhibition of photos by T. D. Ravenscroft that depicts the history of Hermanus. The Whale Museum houses a skeleton of a whale and shows an audio-visual presentation of whales and dolphins twice daily.

Cape Town’s False Bay is the starting point for this scenic coastal drive that runs all the way around to Walker Bay. Enroute we’ll stop to visit the colony of Penguins at Betty’s Bay which is much larger than that in the Cape Peninsula. We will continue to Hermanus where we will enjoy a cliff top walk, while on the lookout for the Southern Right Whales (In season from June to November).

In season, the best way to view the majestic whales is on a Boat Trip out to sea. Experience a close encounter with the gentle giants of the ocean by joining us on an informative and educational whale watching trip.

We will enjoy lunch at one of the many wine estates in the beautiful Hemel-en-Aarde Wine Valley.

The remainder of the day will be spent inland in the Hemel-en-aarde area to explore the various wine estates in the region and indulge in some wine tastings along the way, before heading back to your hotel.

After breakfast drive to Mossel Bay.

Dinner at the reserve.

Situated between the magnificent Outeniqua Mountains and unspoiled beaches of the Indian ocean, in the heart of the Garden Route, lies the 4200 ha Botlierskop Private Game Reserve in the Western Cape ensuring its visitors of a uniquely South African Luxury safari accommodation. Our Western Cape Safari Park is only a 4.5-hour scenic drive from Cape Town, the Mother City of South Africa, between Mossel Bay and George. This malaria free, family owned and privately operated garden route game lodge is home to an abundance of animals including 4 of the Big 5, lions, elephants, buffalo’s, giraffes, rhino’s, hippo’s, rare black impalas and more as well as a unique bird life.

DAY VISITORS and OVERNIGHT guests are welcome to visit our Luxury safari Lodge for various overnight accommodation options or just visit us for a day to experience our Western Cape Safari which offers a large variety of unique activities and wildlife.

Enshrouded in lush indigenous forest and surrounding a scenic lagoon of the same name, the Garden Route town of Knysna has plenty to offer. Two towering headlands guard the entrance to the picturesque bay in Knysna, while the hilly rainforest setting provides an array of nature trails to explore. Along with the many natural attractions, places to visit in Knysna include an array of cafes, restaurants, craft shops, and art galleries. Visits to the elephant park, whale and dolphin watching, and sampling the renowned local beer and oysters can be good additions to your Knysna itinerary.

Day at leisure in Knysna to explore the arts & crafts, do the Featherbed Nature Reserve day trip or one of the lagoon cruises, 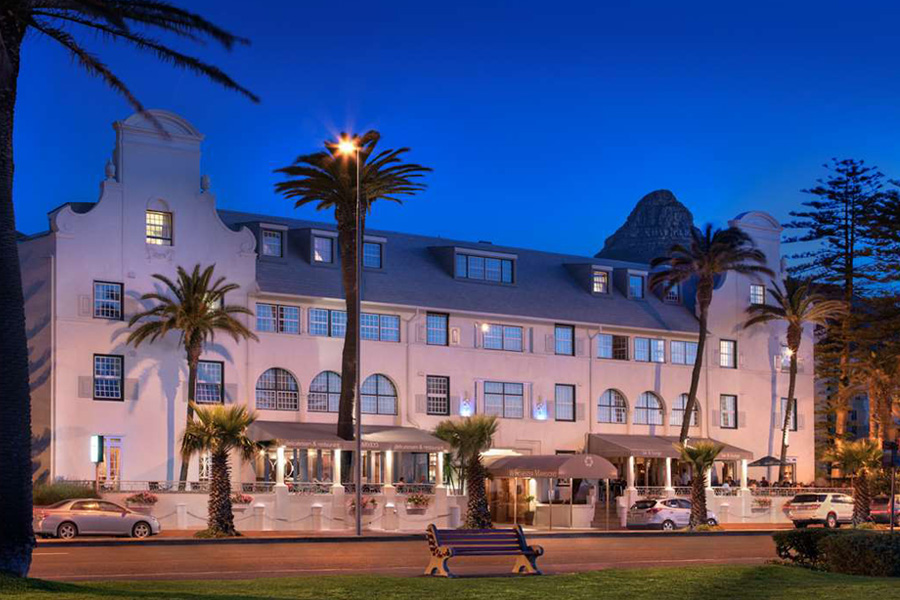 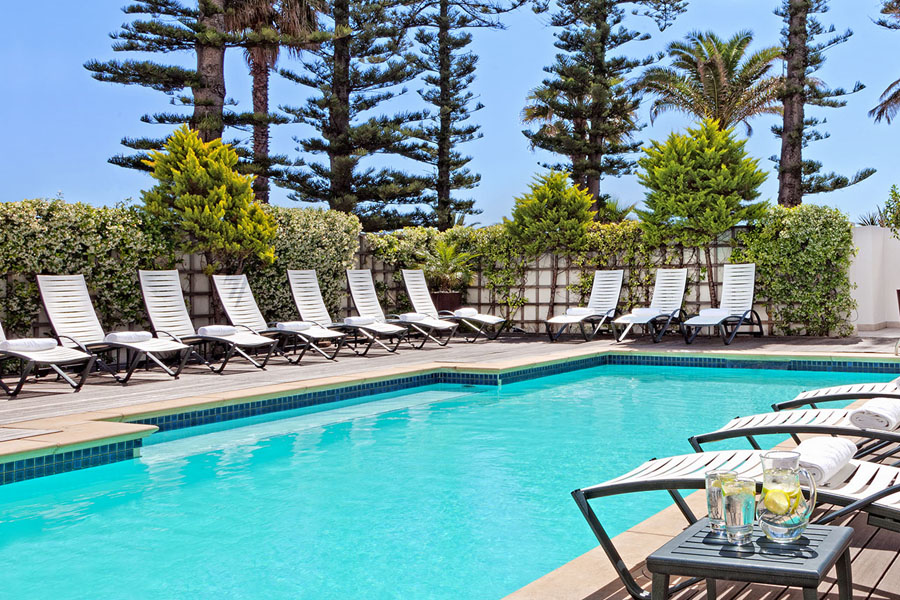 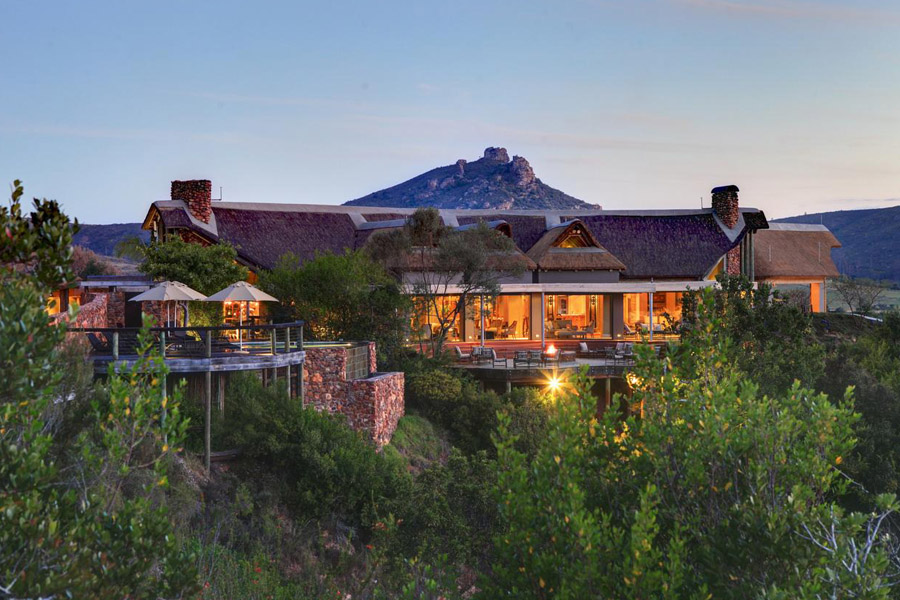 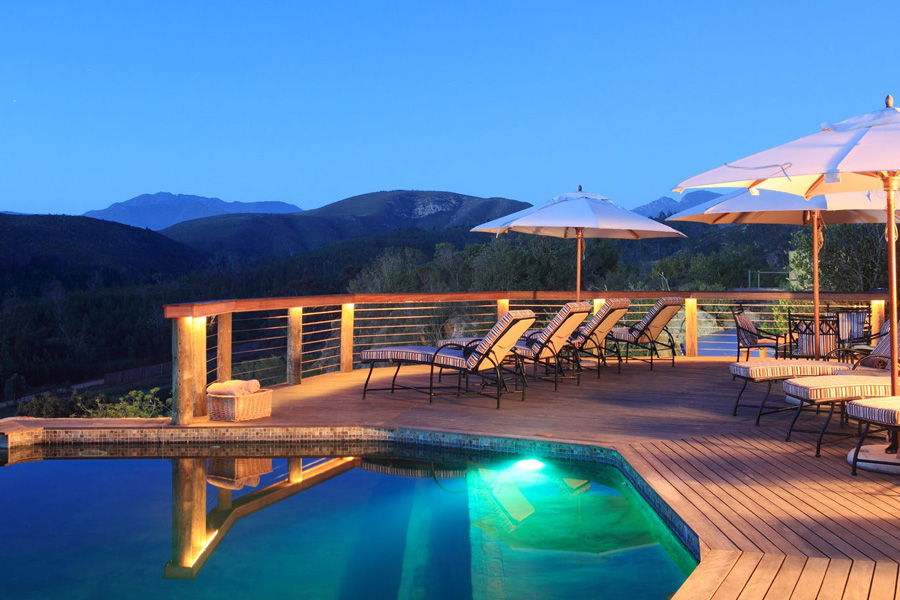 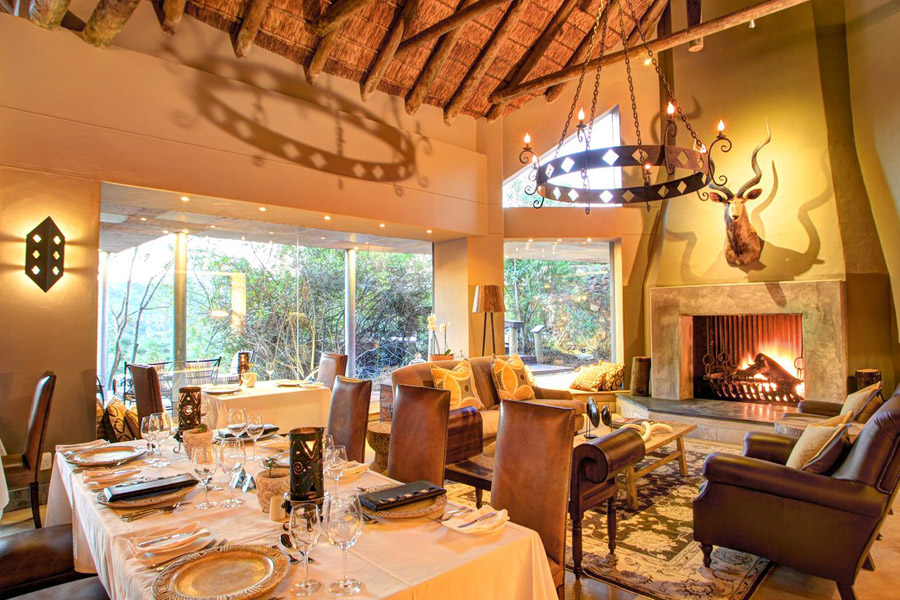 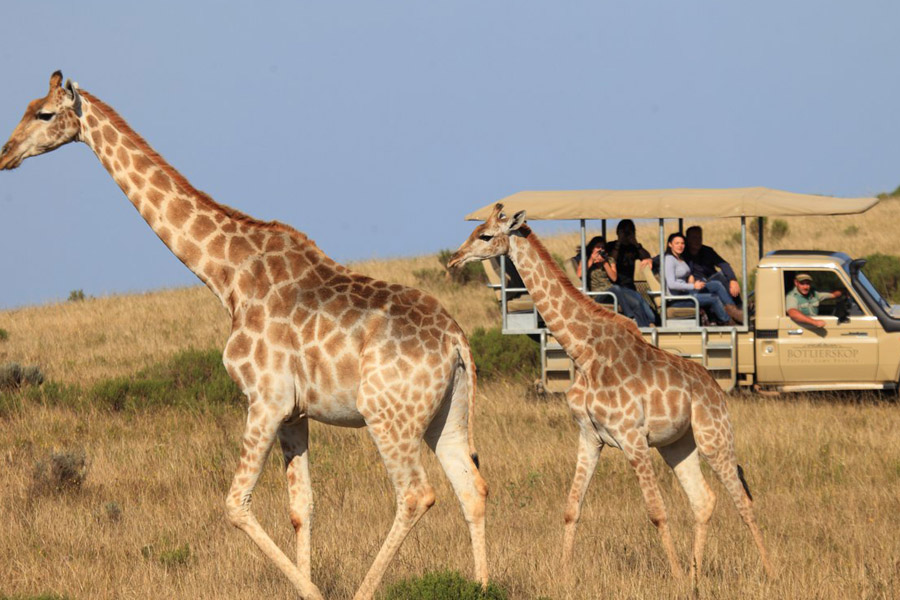 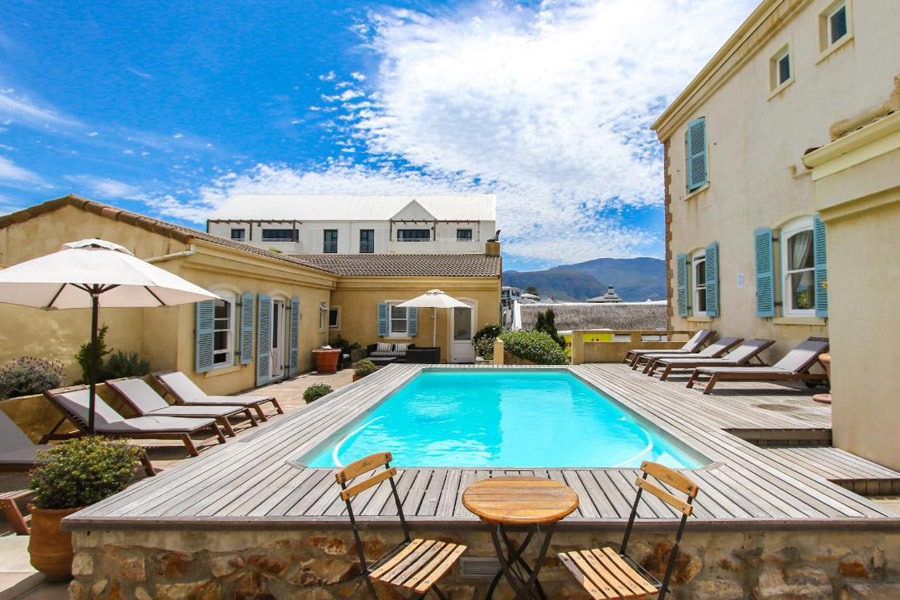 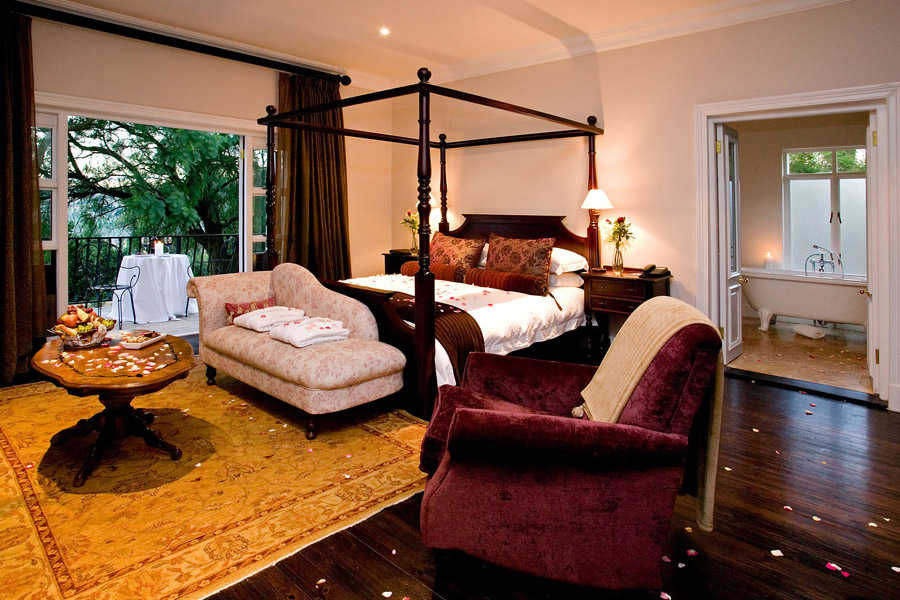 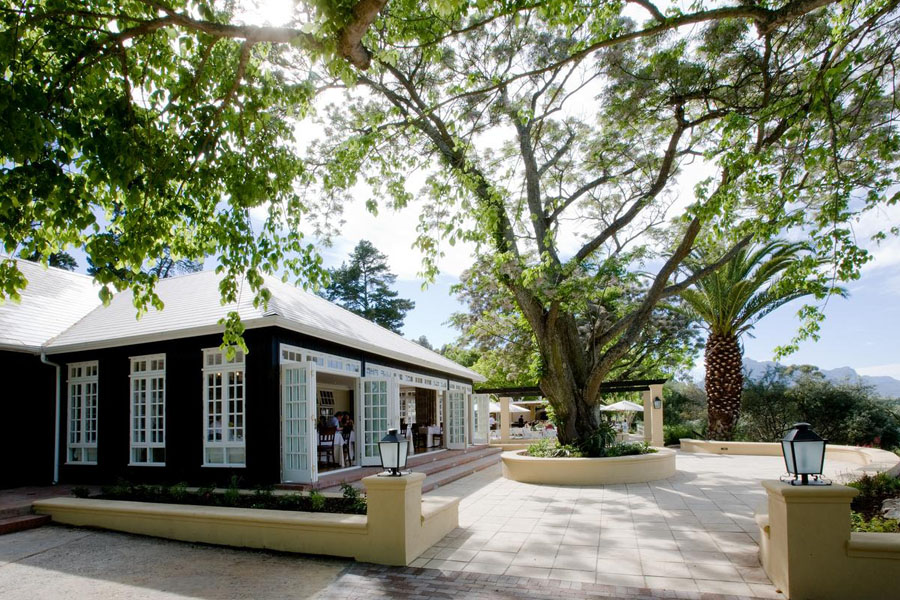 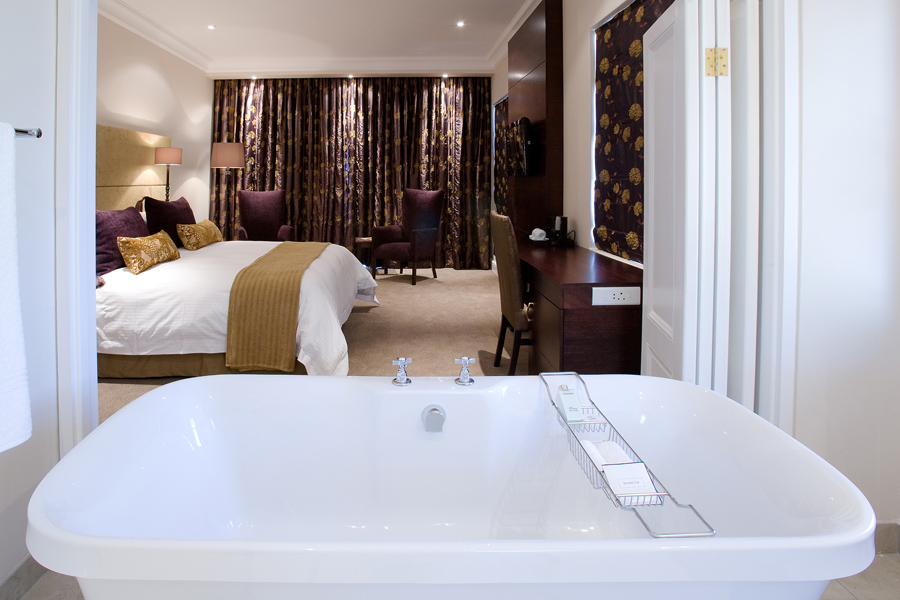 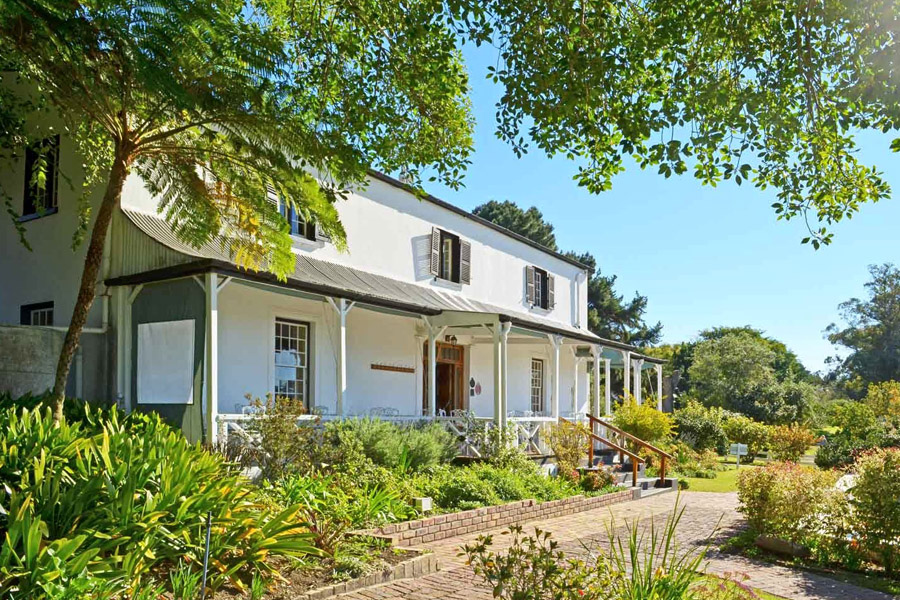