Merhaba! After arriving Istanbul Ataturk Airport continue to domestic terminal and fly Izmir. Upon arrival Izmir we will meet and transfer you to your hotel.  Overnight in Kusadasi.

After having breakfast at the hotel, we will journey 2,5 hours inland to Pamukkale to enjoy the spas, pools, and terraces of this natural wonder, called the “Cotton Castle”. This name is truly fitting, the brilliant white calcified terraces do truly resemble a castle made of cotton. We will also spend time in Hieropolis, with one of the largest and most diverse necropolis in the world. After the tour, you will be transferred to your hotel. In resort town Kusadasi. Overnight in Kusadasi.

This evening we have an included dinner with a local family.This will give us an insight look for a Turkish Family.The Turkish sense of hospitality is well known and tonight you’ll have the opportunity to enjoy it firsthand.

After breakfast we will check out from your hotel and depart our Ephesus tour.

First we will visit Ephesus ruins starting from the upper gate and see famous Celsus Library, Hadrian Temple and Ephesus Antic Theatre which has a capacity of 25000. Next we will stop by at Temple of Artemis once was a one of the seven wonders at ancient times. Then we will head to Virgin Mary’s House where she spent her last years.

After the tour you will be transferred to Izmir Airport for your flight to Cappadocia. Upon arrival Cappadocia we will meet and transfer you to your hotel. Overnight in Cappadocia.

Optional Balloon Tour (90 Euro per person): Flying in a hot air balloon is an amazing and unforgettable experience which you will never forget.  Very early in the morning you will be picked up from your hotel and transferred to our balloon site. You will be welcomed with a light breakfast while you are registering for your flight. After meeting at the balloon site you will be watching how we prepare our balloons for your adventure. After getting on the air you will be seeing beautiful sunrise upon Cappadocia. You will be thrilled with the scale of colors and shapes. We will be ascending up to 3000 feet and then almost you will be able touch fairy chimneys. After landing we will celebrate our flight with champagne toast (or soft drink) and your pilot will be presenting your flight certificates. After deflation balloons you will be transported to your launch site and continue to your day.

After breakfast we will meet and depart for our tour visiting Cappadocia’s Southern region.

First we visit to Rose Valley, one of the most beautiful trekking valleys in Cappadocia, and explore the famous rock- cut churches by hiking through the valley. Rest in Cavusin, an old Greek village, known for its Christian houses and churches. After having time for lunch visit Ortahısar Castle, similar to Uchisar Castle in style, where storage caves can also be observed. In the afternoon visit Kaymakli (or Ozkonak) Underground City where early Christians lived in fear and faith. On the way back visit to panoramic Pigeon Valley where pigeons contributed to the lives of locals with their manure to fertilize the vineyards. You may also like to taste Cappadocia wine in a local winery. Drive back to the hotels. Overnight in Cappadocia.

After breakfast we will check out and depart for our full day Cappadocia tour. Today You visit full day guided tour of Cappadocia’s northern region.

First we  visit to Devrent Valley where various types of fairy chimneys are abundant. We will walk through this amazing valley. Thereafter visit Pasabagi (Monk’s Valley) with multiple stems and caps, peculiar to this area. After visiting Pasabagi, drive to Avanos which is known for the pottery, a craft dating back to the Hittite period. The red clay which is worked by local craftsmen comes from the residue in the Kizilirmak River, the longest river of Turkey. Further to the time for lunch proceed to Goreme Open Air Museum (Dark Church is excluded; entrance requires additional admission fee) to visit the churches, chapels and monasteries carved into the fairy chimneys from the 10th to the 13th centuries with frescos painted on the walls. Thereafter time to take photos in the neighboring valleys Before we depart to the Airport.

After the tour you will be transferred to Cappadocia Airport for your flight to Istanbul. Upon arrvial Istanbul we will meet and transfer you to your hotel. Overnight in Istanbul.

Flight Info: Cappadocia to Istanbul departs at 19:30pm and arrives at 21:10pm

Breakfast at the hotel. After you meet with your guide at the lobby, you will begin your tour of the Sultanahmet district, the heart of old Istanbul, at Hagia Sophia*. Built by the Emperor Justinian in the early 6th century AD and designed by Anthemius of Tralles and Isodore of Miletus, the church is one of the marvels of world architecture. Converted into a mosque in 1453, it is now a museum. Its massive dome still dominates the skyline of old Istanbul. It is also famed for its mosaics, including glittering portraits of emperors and empresses and a poignant Virgin and Child. Next we visit the Blue Mosque** which takes its name from the exquisite tiles adorning its interior. Built by Sultan Ahmet I in the early 17th century and designed by a pupil of Sinan, the greatest of Ottoman architects, it is the only imperial mosque with six minarets. Its courtyard is especially grand. The Hippodrome, the stadium of ancient Byzantium, held 100,000 spectators and featured objects from all corners of the empire. Of these, an Egyptian obelisk and a bronze sculpture of three entwined serpents from Delphi survive. The Grand Bazaar was the commercial heart of the old city and its 4,000 shops are full of treasures including carpets and kilims, silks, jewelry, ceramics, icons, and leather goods. Wandering through the Grand Bazaar, indulge in some shopping, Ottoman style.

In the afternoon we continue our tour at Topkapi Palace*, which, from the 15th to the 19th century, was the principal residence of the Ottoman Sultans. We will visit the fabulous Imperial Treasury and the Baghdad Kiosk. Topkapi Palace is now a museum and has unrivalled collections of jewelry, including the Spoonmaker’s Diamond, the 3rd largest in the world. It also possesses numerous Ottoman court costumes and ceramics, notably including one of the world’s finest collections of Chinese celadon ceramics, many of which were gifts from other rulers. Interestingly, some of the ceramics have a special glaze that was said to change color in the presence of poison. We also visit the Imperial Armory, displaying centuries of Ottoman weaponry. But perhaps the loveliest feature of Topkapi Palace are its courtyards with their ancient trees; it is easy to imagine the sultan strolling here far from the cares of state and empire. Overnight in Istanbul.

Optional Bosphorus Dinner Cruise with Turkish Entertainment Extravaganza: ( 60 Euro per person)
We will pick you up at the Hotel at approximately 19:30 pm and transfer you to the Istanbul Kabatas Port from where your Dinner Cruise will commence.

You are in for a treat with our exciting dinner Cruise that presents you the beauty of Istanbul at night while cruising the Bosphorus. You will dine on a delicious assortment of authentic Turkish Cuisine, PLUS you enjoy an outstanding Turkish Night of entertainment which will feature traditional dances from the seven different regions of Turkey as well as an oriental belly-dance show. Your performance will include Ottoman dancers, Romany Gypsy Girls, belly dancers, and the Aşuk Maşuk comedy team, etc. This is a night you will not forget and one loved by ALL our customers who have attended previous cruises.

Not Included: Tips and gratuities Imported drinks Notes: Advanced reservation required, not suitable for handicapped people. Owing to traffic difficulties, pick-up may delay beyond our control.

Your dinner cruise ends at about midnight, at which time we will transfer you to the Hotel.

In the afternoon we begin with a brief visit to the 17th century Spice Bazaar*, one of Istanbul’s most colorful, bustling attractions. Next, we travel the Golden Horn on our way to an unforgettable cruise along the Bosphorus, the majestic strait that runs through Istanbul, linking Europe and Asia. From our cruise boat, we view the dramatic sights lining the Bosphorus’ wooded shores: mosques, a bridge that for a time was the world’s longest and Rumeli Hisari, a massive fortress built by Mehmet the Conqueror in just three months as he prepared to take Istanbul. Also noteworthy on this tour are the 19th century mansions of the Ottoman elite and the Sultans’ fanciful gingerbread palaces and hunting lodges. Overnight in Istanbul.

OPTIONAL TOUR: THE SEMA CEREMONY IS A SPIRITUAL JOURNEY OF DERVISHES WHIRLING FOR DIVINE LOVE

The Mevlevi Sema Ceremony represents the mystical journey of man’s spiritual ascent through mind and love to perfection.

It is one of the most important heritage of Turkish Culture as a tradition of 800 years old . This unique traditional ritual had been proclaimed as Intangible Heritage of Humanity by UNESCO in 2005.

The ceremony starts after classical instrumental Turkish music concert performed by a traditional orchestra during 15 minutes and lasts about 45 minutes under the amazing lighting and accompanied by 360 degree video special effects projected on the wall of beautiful historic building. Before the show free soft drinks will be served. (45 Euro per person)

After check out you will be transferred to Istanbul Ataturk Airport for your flight home. Upon arrival to Istanbul airport continue to International terminal. Turkey Insiders team says so long and looks forward to be your host again until next time on travel pleasure for other destinations. Gule Gule

Domestic flights as mentioned in the program with 15kg luggage allowance.

Airport transfers mentioned as in the itinerary

Accommodations as mentioned in the itinerary

Meals as indicated on day headings

Transportation by a comfortable AC nonsmoking car/Van with professional driver

Professional licensed guide during the tours in English language.

Entry fees to the sites and museums

For those who don’t want free times and want to explore more we have extra activities available. You can decide for these activities later but if you can give us a headsup then it would help us to provide services on timely manner.

*** Please ask for descriptions in the detailed itinerary. 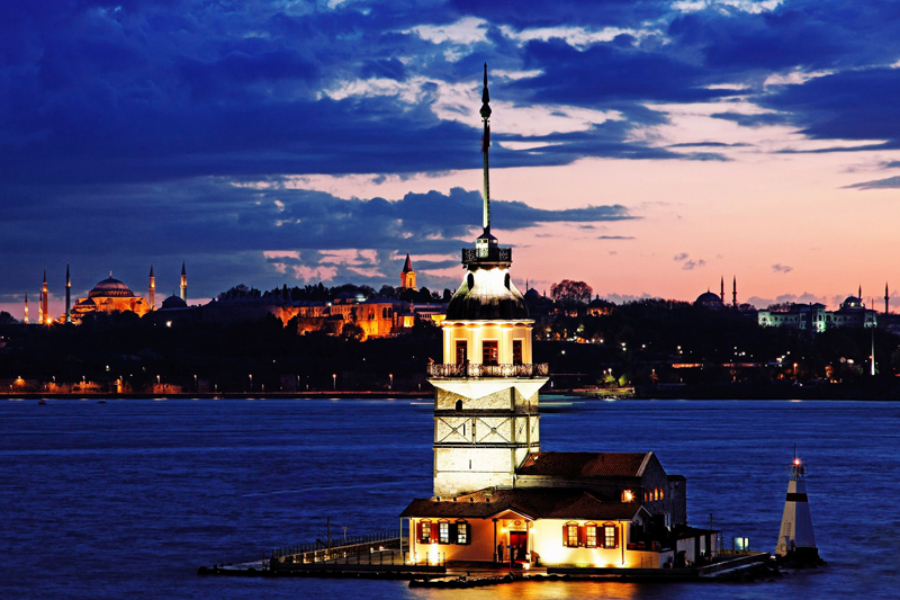 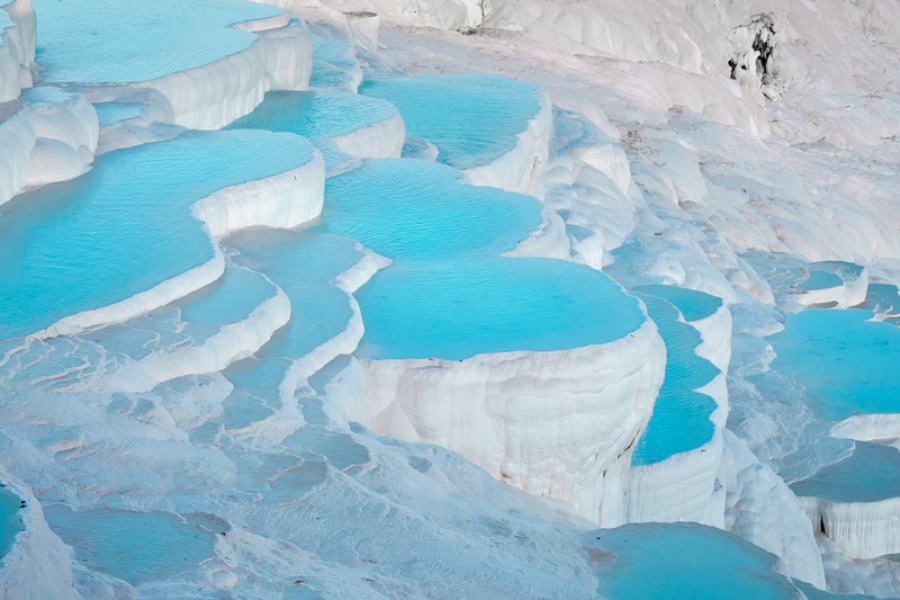 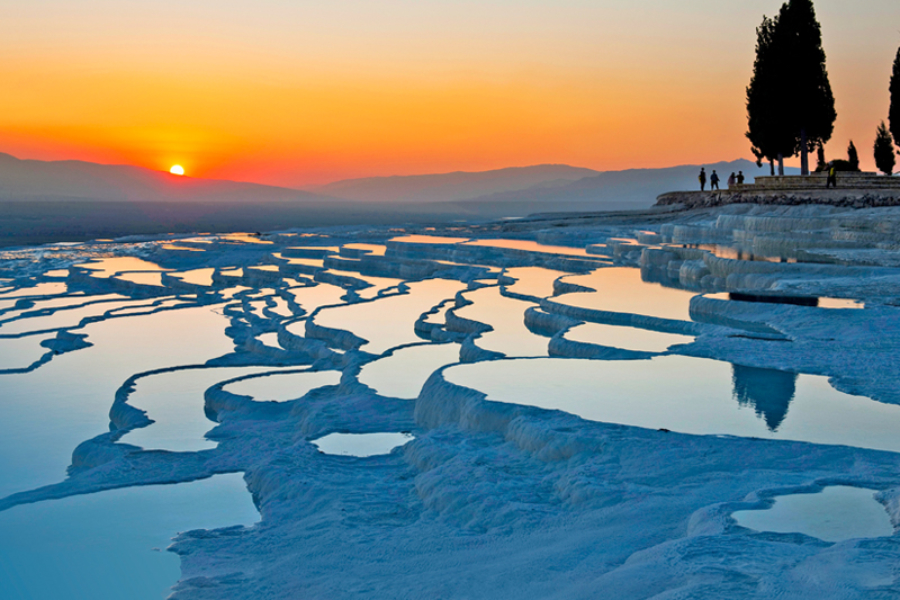 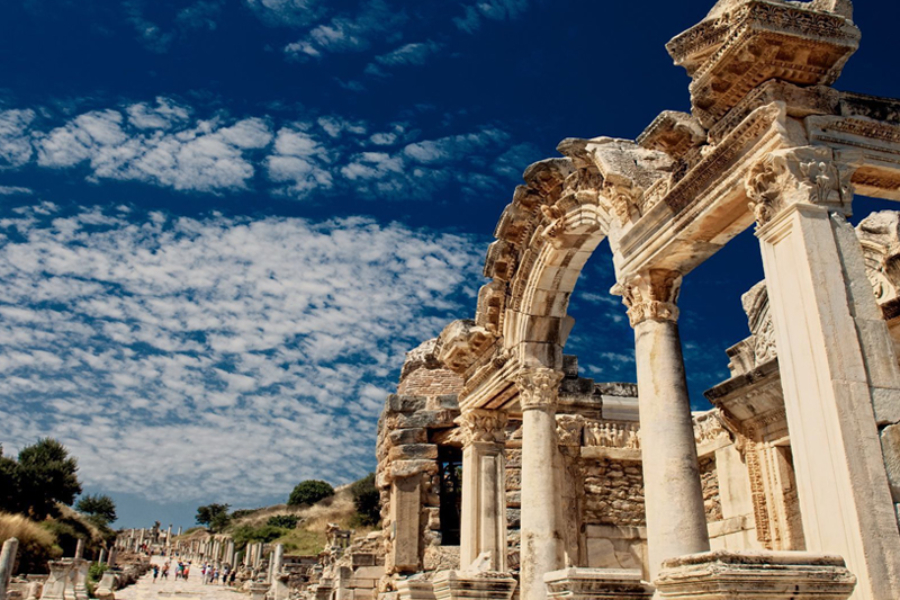 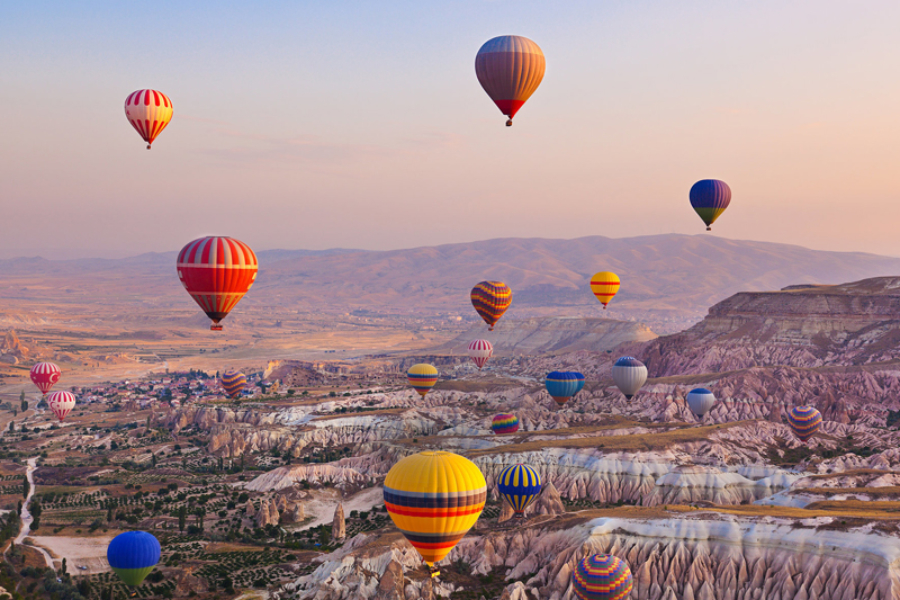