Day 2 : Breakfast at the hotel. Afterwards, we will pick you up for a half day Athens tour. This tour gives you the opportunity to observe the striking contrasts that make Athens such a fascinating city.

Our expert guide will take you to the center of the city: Constitution Square, the House of Parliament, the Memorial to the Unknown Soldier.Driving down Herod Atticus Street you will see the Evzones (National Guard) in their picturesque costume and the Presidential Residence. On your way to the Acropolis you will see the Panathenaic Stadium (where the first Olympic Games of the modern era were held in 1896) and the Athens of the 2nd century A.D., the Temple of Zeus and the Adrian’s Arch On the Acropolis you will visit the museum and the architectural masterpieces of the Golden Age of Athens: the Propylea, the temple of Athena Nike, the Erechtheion and finally, the “harmony between matter and spirit”, the monument that “puts order in the mind”, the Parthenon. Return to hotel. Afternoon at leisure. Overnight.

Day 3 : Breakfast at the hotel. Then transfer to the port of Piraeus and embarkation for the 5-day cruise to the Greek islands and Turkey.

At 11:30 sailing to Mykonos, the jewel of the Cyclades. Lunch on board. In the afternoon arrival in Mykonos. Time at leisure for shopping and strolling through the typical whitewashed narrow streets of the picturesque town. Late in the evening, we sail to Kusadasi (Turkey). Dinner and overnight on board.

Day 4 : Breakfast on board. Early morning arrival in Kusadasi. This seaside resort has undergone vigorous development in recent years and is an excellent place to shop for Turkish goods. The optional tour to nearby Ephesus is not to be missed, for here the history truly comes to life. Walking towards the ancient harbor, down a marble road rutted by the wheels of countless chariots, you pass such architectural masterpieces as the Magnesian Gate and the Library of Celsus before arriving at the great amphitheater where Saint Paul was arrested and cast out of the city. Later, in the early afternoon sailing to Patmos. Lunch on board. In the afternoon arrival in Patmos. This serene island is known as the site of the apocalyptic revelations of Saint John the Divine, written here during his exile from the Roman Empire. The cave where he is said to have lived is now the site of the monastery of the Apocalypse founded in the 11th century. It houses priceless icons and manuscripts in its treasury. Later in the evening sailing to Rhodes. Dinner and overnight on board.

Day 5 : Breakfast on board. Early morning arrival in Rhodes, the capital of the Dodecanese islands. Free time or optional excursion to Lindos and the medieval town. Drive along the picturesque Eastern coastline, scattered with white washed villages, to Lindos. The most important of the three great cities of ancient times is guarded by the medieval walls constructed by the Knights of Saint John in the 13th century.
Within, stands the ancient Acropolis of Lindos on the brink of a precipice 400 feet above the sea. From the Acropolis there are breathtaking views to the great expanse of the Aegean Sea and Saint Paul’s Bay where the apostle cast anchor during his historic voyage to Ephesus. You will proceed on foot uphill to the Great Staircase leading from the Hellenistic portico to the temple of Athena. Return to Rhodes city. Enjoy a stroll through the medieval town and view the Palace of the Grand Master, the medieval houses and the Hospital of the Knights of Saint John housing now the archaeological museum. In the evening sailing to Heraklion. Lunch/dinner and overnight on board.

Day 6 : Breakfast on board. Early morning arrival in Heraklion, Crete. Free time or optional excursion to the Palace of Knossos situated few kilometers from Heraklion. Discovered in 1899 by Sir Arthur Evans and partially reconstructed, the elaborate palace is believed to be the mythical labyrinth of King Minos and the seat of the ancient Minoan culture. The archaeological museum in Heraklion displays many of the treasures found during the excavations. In the late morning sailing to Santorini. Lunch on board. In the afternoon arrival in Santorini. This island is perhaps the most breathtaking of all the Greek islands. Around 1500 B.C., a volcanic eruption destroyed the centre of the island, leaving a crescent shaped rim of cliffs around a harbor formed in the volcano’s caldera. The town of Fira is accessible by donkeys or by cable car. Free time or optional excursion to Akrotiri located on the Southern point of the island. The excavation site has been roofed over to fashion a unique museum. Everything is in place as it was before the gigantic earthquake, including the narrow “streets” which wind through the area which has been cleared of the ash that filled the houses and engulfed the town. Akrotiri is often compared to Pompeii but the ruins here date back to the prehistoric times, around 1500 B.C. In the evening sailing to Piraeus. Dinner and overnight on board.

Day 7 : Breakfast on board. Early morning arrival in Piraeus. Transfer to the airport for the departure flight. 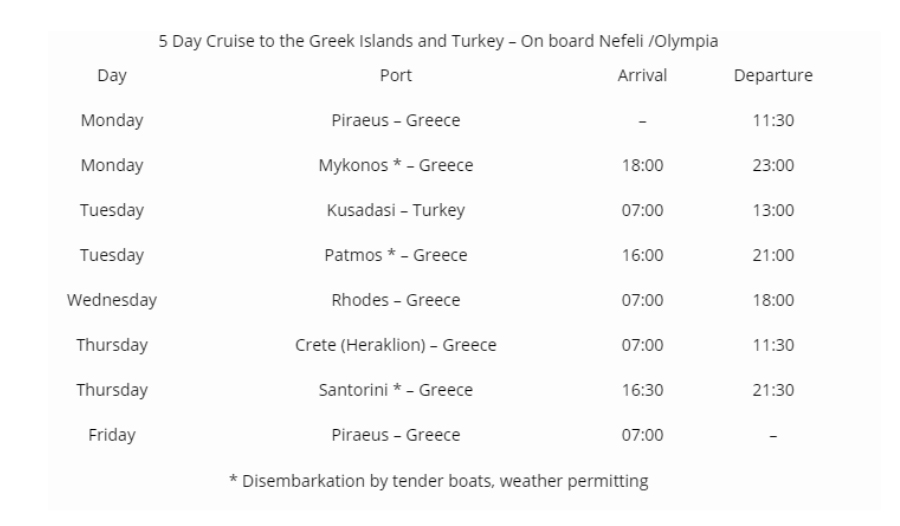 Rates start from EURO 1,089 per person, in Double occupancy Inside Cabin (including Port Taxes) 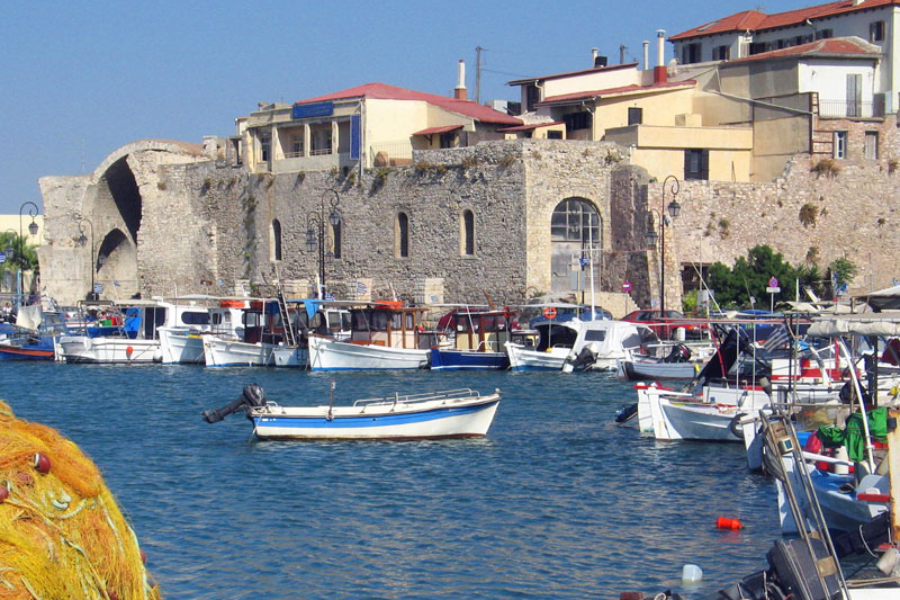 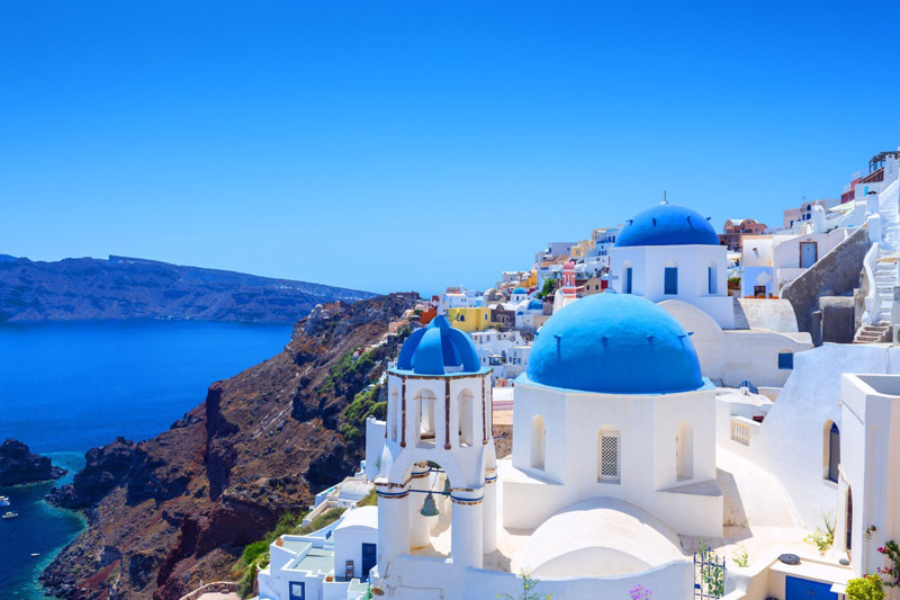 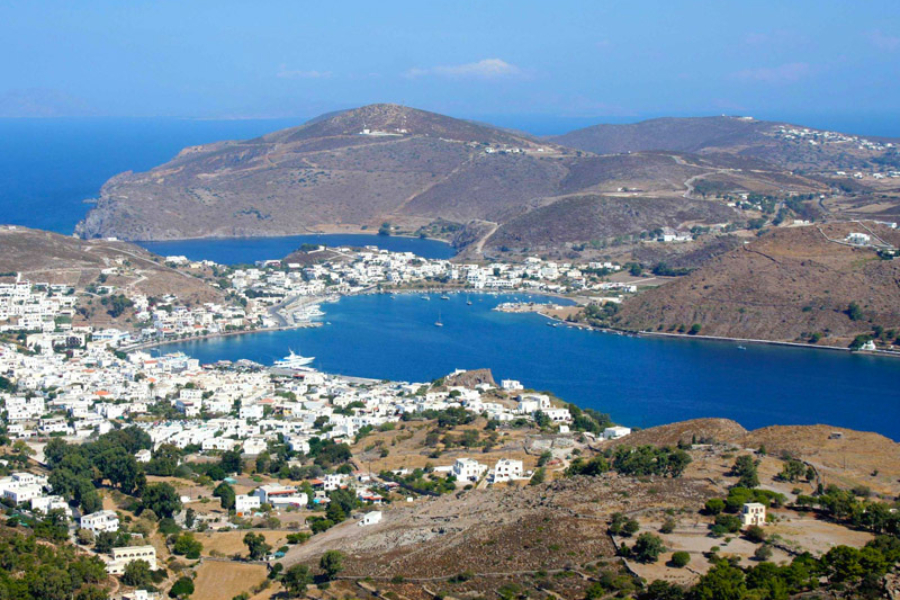 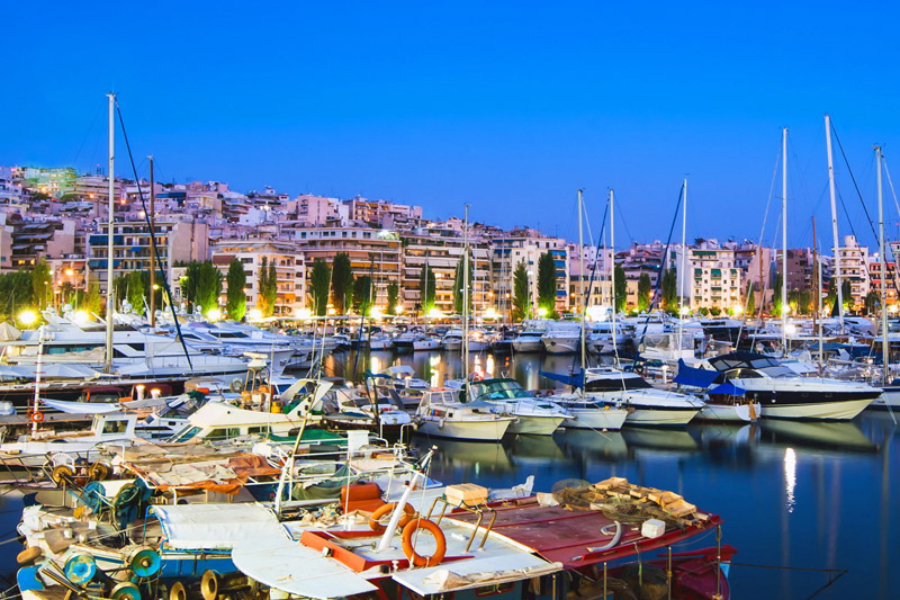 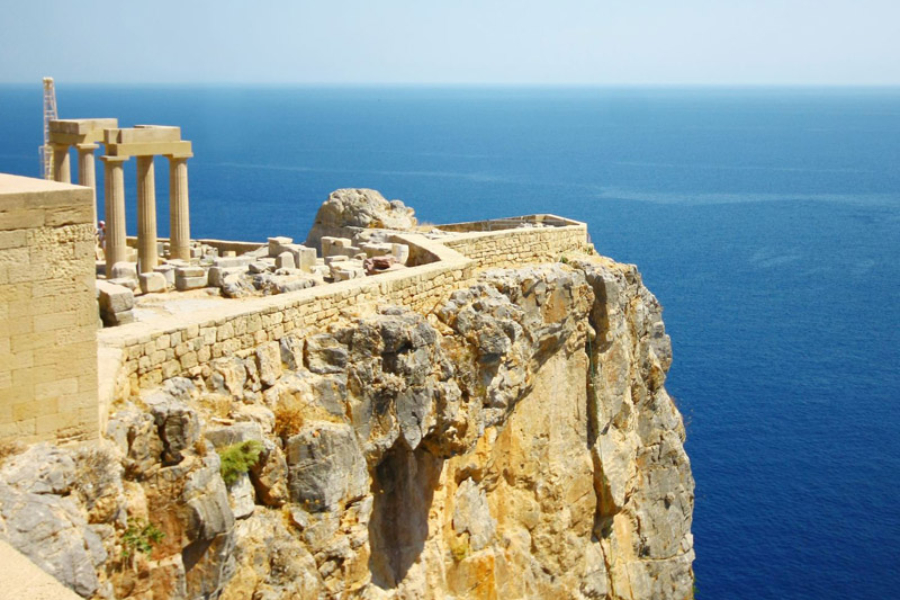 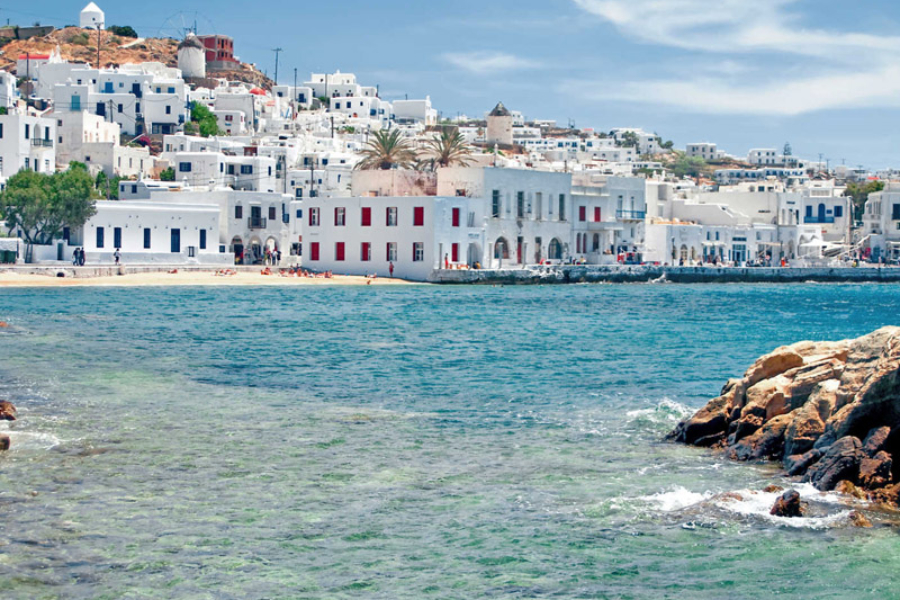